The Baltimore Ravens couldn’t have culminated the preseason any better.

After demolishing the Washington Football Team 37-3 at FedEx Field on Aug. 28, the Ravens will be etched in the NFL history books as they won a league-record 20th consecutive preseason game.

Quarterback Lamar Jackson made his debut for the 2021 preseason, leading Baltimore on an 11-play, 65-yard drive before resting for the remainder of the game. Backup quarterback Tyler Huntley was the story of the day, practically solidifying his role as the No. 2 option behind Jackson.

The second-year player dominated, accounting for five touchdowns. Huntley was 24-of-33 passing for 285 yards and four touchdowns, and totaled 14 yards rushing for another touchdown.

“It feels good to end on a good note and get ready for the regular season. It feels like it gave us good momentum to get us ready for the Raiders on Monday Night [Football],” Huntley said.

Rookie Binjimen Victor led all receivers with five receptions for 85 yards and a touchdown.

WFT’s backups and reserves could not generate much offense as it was outplayed by the visiting Ravens in every aspect – from rushing, to passing, to third-down efficiency, to defense and more. For the second straight week Baltimore prevented its opponent from scoring a touchdown, concluding the preseason in domineering fashion.

“I just think it’s really cool for the guys. I’ll tell you this, there’s a lot of guys watching on TV with their kids, telling their kids about that accomplishment and the fact that they were a part of that,” said Head Coach John Harbaugh, who has coached the Ravens for five straight undefeated preseasons.

“That’s the most meaningful thing. I think there are other aspects of it, but to me, that’s the thing that means the most.”

In preseason victories over the Saints, Panthers and Washington, Baltimore gave teams a glimpse of what to expect and looks to carry the momentum into Week 1 of the regular season.

Baltimore’s first opponent will be the Las Vegas Raiders for Monday Night Football action on Sept. 13 at 8:15 p.m.

The Ravens will finalize their 53-man roster by Aug. 31. 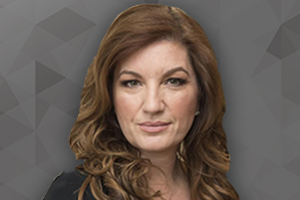