The Saints swung the axe after Hasenhuttl’s side were booed off following the 4-1 home defeat to Newcastle on Sunday.

Hasenhuttl leaves with Southampton slumped in the relegation zone.

Part of a club statement said: “Hasenhuttl, who was appointed in December 2018, departs having made a significant contribution to the club, overseeing some memorable results and also playing a key role in the development of our club infrastructure, identity and playing squad.

“However, we now believe it is an appropriate time to make a change.

“Everyone involved with the club would like to express their sincere thanks to Ralph for all of his efforts, as well as the unwavering commitment he has shown throughout his time as manager.”

First team coach Ruben Selles, appointed in the summer, has been confirmed as interim gaffer.

A permanent replacement is set to be named “in due course”, with Nathan Jones of Luton the current favourite.

But Selles will lead the team for Wednesday’s Carabao Cup game against Sheffield Wednesday.

Hasenhuttl’s No2 Richard Kitzbichler has also left the club, having been the only coach to survive an overhaul of backroom staff during the summer.

The lacklustre Saints have won just one of their last nine matches, and have lost a eight out of 14 this season.

Hasenhuttl has survived TWO 9-0 defeats in his tenure as boss, but a disastrous start to the campaign was the final straw for the Saints’ hierarchy.

Reports claimed Southampton had wanted to wait until the World Cup break to decide whether or not to sack him, but mounting pressure led to them bringing forward their decision.

The Saints were woeful in Sunday’s thrashing at the hands of Newcastle.

Toon’s travelling support tormented Hasenhuttl with chants of “You’re getting sacked in the morning”… which proved to be right.

He leaves St. Mary’s shortly before his four-year anniversary in charge of the club.

Hasenhuttl, dubbed the ‘Klopp of The Alps’, when he arrived in the Premier League, kept Southampton up in his first season in charge.

They finished 11th in his first full campaign before two 15th placed finishes.

Fans credit Hasenhuttl with keeping the club afloat with limited funds while seeing stars, such as Danny Ings, sold to Prem rivals.

But under new owners and with big money spent in the summer, things have only got worse this term.

A number of former Southampton players, including Nathan Redmond and Yan Valery, have spoken out about how the manager could be cold towards his players, while frustrations have been brewing within the squad since last season.

Southampton travel to Liverpool on Saturday for their final Premier League fixture before the World Cup break. 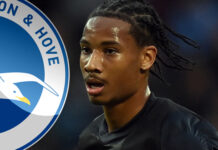 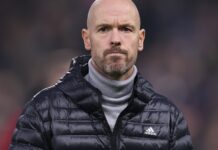 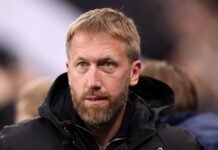 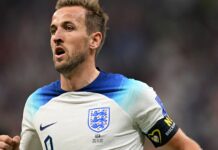 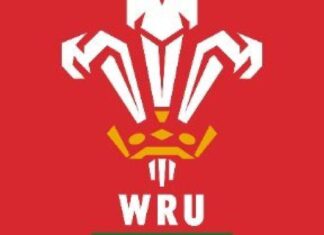