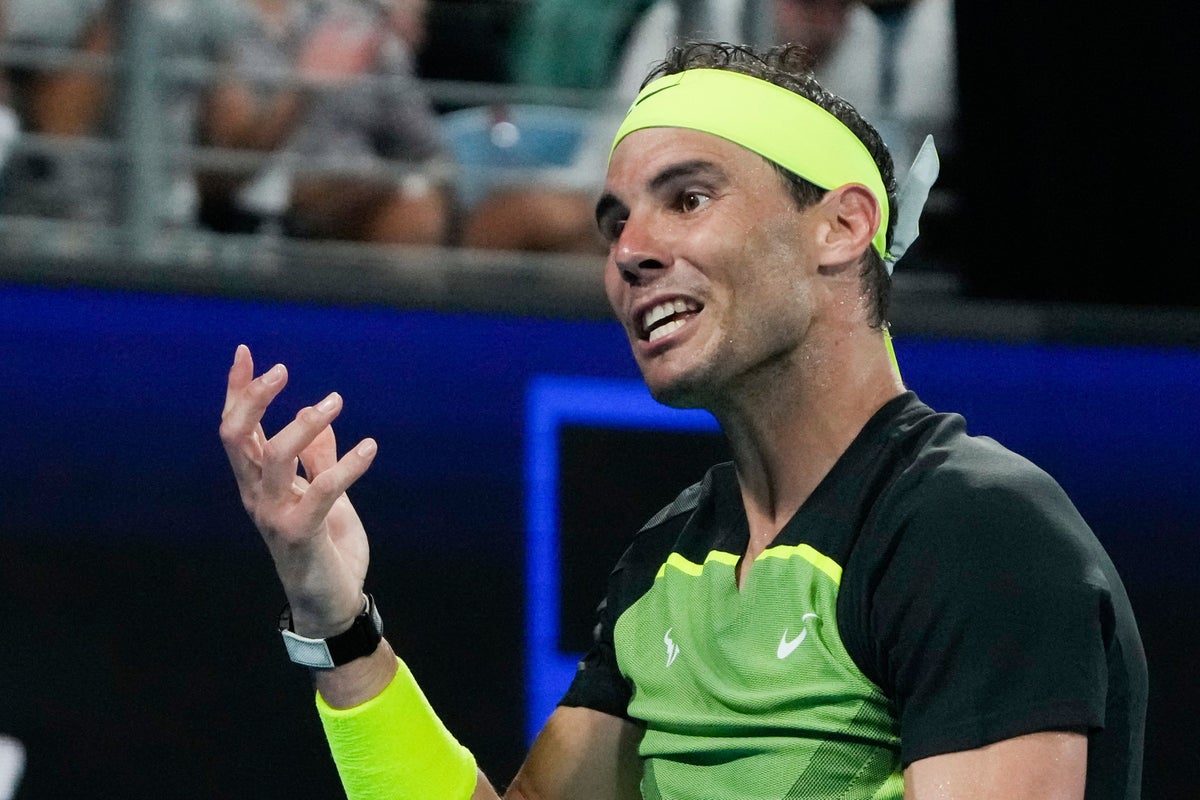 Rafael Nadal’s struggles continued as he suffered a second consecutive defeat at the United Cup in Sydney.

Having lost to Cameron Norrie in a result that set Great Britain on the way to victory over Spain at the new mixed team event, Nadal was then beaten 3-6 6-1 7-5 by Australia’s Alex De Minaur on Monday.

The result means Nadal will go into the defence of his Australian Open title having lost six of his seven matches dating back to the US Open.

The 36-year-old looked hugely frustrated with himself after dropping serve at 5-5 in the deciding set, and De Minaur served out the biggest victory of his career.

Despite the defeats, Nadal feels he is in decent shape heading to Melbourne, telling a press conference: “I need hours on court. I need battles like this. I didn’t play much official matches the last six months, almost seven.

“Days like these two helps. Of course, with victories the process is faster, but I need to keep fighting. That’s it. For moments I played a very good level of tennis. Playing very good with the backhand. Changing directions with the forehand.

“I have two weeks before the Australian Open starts. I can’t say that the situation is ideal but, at the same time, I can’t say that it’s very negative, because for moments I was playing good.”

Both teams went into the tie knowing they had no chance of progressing after losing to Britain, who will take on the USA in the knockout stage on Wednesday with a place in the semi-finals at stake.

The US ensured they will top Group C by opening up a 2-0 lead over Germany, with Madison Keys defeating Jule Niemeier and Taylor Fritz seeing off Alexander Zverev.

In Brisbane, world number one Iga Swiatek won a high-quality encounter 6-3 7-6 (3) against Belinda Bencic to give Poland an early advantage against Switzerland in a winner-takes-all tie.

Stefanos Tsitsipas defeated David Goffin 6-3 6-2 to draw Greece level at 1-1 against Belgium while Italy lead Norway 2-0 and look on track for the knockout rounds.