LEANDRO PAREDES stole the show as he rocked up to Paris Saint-Germain training in a stunning £200,000 Ferrari.

The French giants have been out of action since March when Ligue 1 was shut down and the country went into lockdown.

PSG were confirmed as the league champions for the seventh time in eight years as they sat 12 points clear with a points-per-game record of 2.52.

But while the majority of the division’s teams are done until next season, PSG are among the few sides with plenty to play for and have therefore returned to training.

However, the likes of Neymar and Kylian Mbappe could not compete with the Argentine’s tasty motor.

The Ferrari F8 Tributo has a starting price of £203,000 and certainly caught the eye as the squad and staff turned up at their Camp des Loges training ground.

Former Manchester United pair Ander Herrera and Angel Di Maria were both snapped on their way in, the former in a big 4×4 Mercedes, while sporting director Leonardo arrived in his Mini.

Neymar and Marco Veratti have returned to the French capital after enjoying the sun and the sights in St Tropez while Mbappe looked suave as ever with a fresh fade and long-sleeve jumper.

Mauro Icardi, Julian Draxler and boss Thomas Tuchel all made low-key, understated arrivals while Presnel Kimpembe – in his bright orange hoody – and Layvin Kurzawa – wearing a bucket hat – posed for the cameras.

Everyone wore face masks as they arrived at the complex.

PSG have the rearranged Coupe de France final against Saint-Etienne, which could have as many as 5,000 spectators in attendance, as well as the Coupe de la Ligue final with Lyon to play as they look for another domestic treble.

But the primary focus will be on the Champions League.

The club have not gone beyond the quarter-finals since 1995 but will be among the eight teams battling it out for European glory at the revised mini-tournament in Lisbon between August 12 and 23.

They have not played a match since March 11 – the second leg of their last-16 tie with Borussia Dortmund.

Neymar and Juan Bernat were on target at the Parc des Princes that night as Tuchel’s side overturned a 2-1 first-leg deficit to book their spot in the quarters.

Atalanta, Atletico Madrid and RB Leipzig are also already in the last eight with the remaining four ties yet to be decided.

Neymar has called on his team-mates to “make history” with the French side and conquer Europe for the first time in their history.

He said on his official website: “I am ready and excited to return, thinking a lot about the Champions League, of course.

“We have a strong group, conquered a historical qualification, with the same intensity and dedication, but I miss the heat of the game.

“I can barely wait to enter the pitch and if it’s God’s will, make history.”

However, they look as thought they will have to do it without Edinson Cavani or Thomas Meunier.

The pair are both out of contract on June 30 and have opted against signing short-term deals to extend to the end of the revised season. 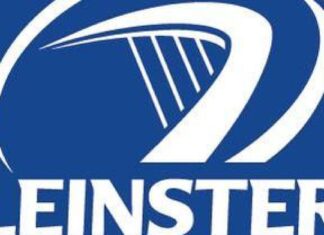 sportslatestnews - May 19, 2022
0
Leinster trio Caelan Doris, James Lowe and Josh Van der Flier have all made the shortlist for the 2022 European Player of...