MINISTERS want the Premier League to rethink its plan to screen only 220 matches live on TV next season.

The other 160 will not be shown, despite curbs on fans attending games.

All 92 matches after last season re­started in June went out live on TV.

The Department for Culture, Media and Sport said: “Our focus is to get fans back in stadia as quickly as possible.

“It is for the Premier League and its broadcast partners to come to an agreement on screening matches.

“However, we urge them to follow the spirit of Project Restart, listen to fans and consider what can be achieved.” 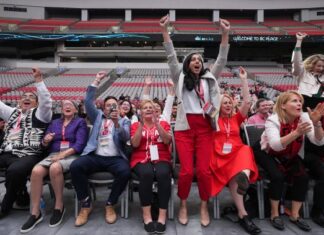 sportslatestnews - June 25, 2022
0
Vancouver’s comeback story is complete. After withdrawing from consideration in 2018 only to return earlier this year, FIFA has chosen it as one of...