TEN people at Premier League clubs — including players — have tested positive for Covid-19.

It is the highest number recorded since the start of the season, as positive tests rise following just three or four in each of the last three weeks.

The figure, from 1,595 tests, includes West Ham boss David Moyes and two of his players, Issa Diop and Josh Cullen.

Moyes took charge from home when the Hammers beat Wolves 4-0 on Sunday for their first points in their three Prem matches this season.

Ten people were found to have coronavirus in the latest round of testing conducted by the Premier League – the highest number of positive tests since the season began.

Everyone who has tested positive needs to isolate for ten days.

A Prem statement said: “The Premier League is providing this aggregated information for the purposes of competition integrity and transparency.”

The next international break is set for Nations League games on the weekend of October 10, so any players who have tested positive will probably miss only one league match.

But of course, those international fixtures plus Carabao Cup ties would be included. 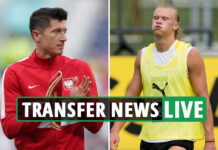 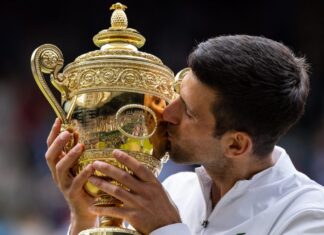