POLAND’S national team were escorted by F-16 fighter jets as they headed to Qatar for World Cup preparations.

The global showcase begins on Sunday as the host nation takes on Ecuador in the opening game.

On Thursday, two army aircraft flanked superstar Robert Lewandowski and his team-mates, who are looking to guide Poland to the knockout stages for the first time since 1986.

The reason for the top-class escort was the death of two Polish citizens on a farm four miles from the Ukrainian border on Tuesday.

An emergency Nato meeting followed the passing of the two farmers.

But Poland’s president Andrzej Duda said on Wednesday that a Ukrainian air defense missile had most likely caused the “unfortunate accident”.

NATO’s secretary general also hinted that there was no indication of a deliberate attack from Putin’s Russia.

But that didn’t stop the impressive defensive escort to the Polish border on route to the Middle East.

The Twitter account for national team posted: “We were escorted to the southern border of Poland by F16 planes!

“Thank you and greetings to the pilots!”

The Poles finished comfortably behind England in qualifying but then received a bye in their play-off semi-final, ironically due to Russia being disqualified following the invasion of Ukraine.

That led them with just a home tie against Sweden to make it to the World Cup, and they duly triumphed 2-0 over Zlatan Ibrahimovic and co.

They take on Mexico on Tuesday in their first Group C clash.

Saudi Arabia lie in wait after that on Saturday, November 26. 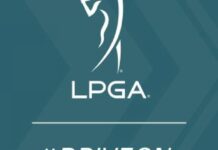 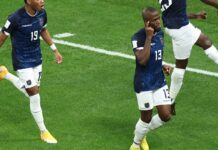 Holland 1 Ecuador 1: Enner Valencia the hero again as he cancels out Cody...