Returning World Cup players will be in ‘better condition’ than those who stayed at home, claims Pep Guardiola… as the Man City boss warns striker Erling Haaland will lack ‘rhythm’ due to restricted game time

Pep Guardiola has warned that Manchester City‘s returning World Cup stars will be in ‘better condition’ than those who stayed at home – such as Erling Haaland.

The Premier League champions are preparing for their first competitive match since mid-November, which will see them host Jurgen Klopp‘s Liverpool in a Carabao Cup clash on Thursday.

Guardiola saw 16 of his first-team members fly out to represent their nation in Qatar, yet the Spaniard has kept an optimistic view on the fitness levels of those players. 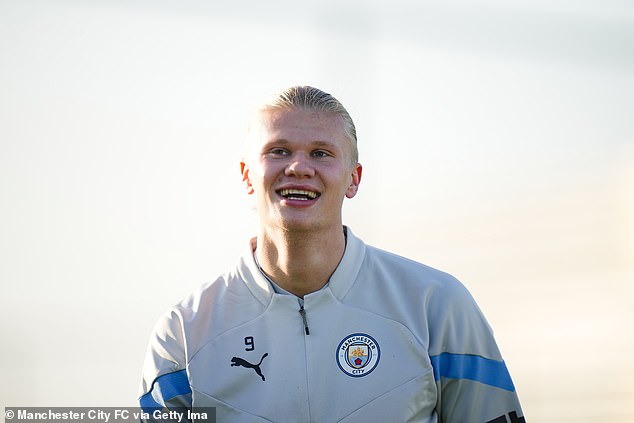 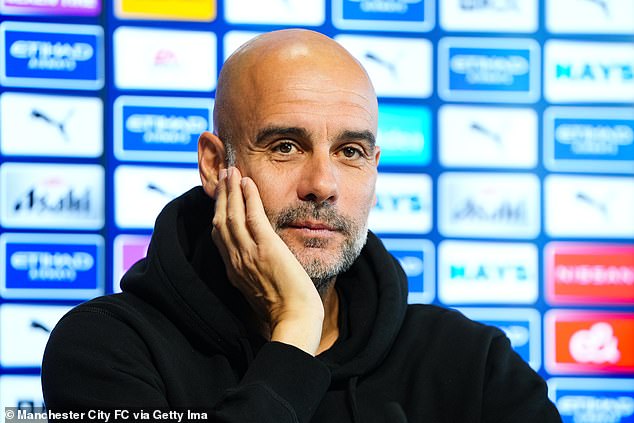 Speaking at his pre-match press conference, Guardiola said: ‘We will see. I have a feeling the players in the World Cup are a better condition than we were here.

‘Sergio [Gomez], Erling [Haaland], Riyad [Mahrez], Cole [Palmer], they miss a little bit. Compared to Manu [Akanji], Rodri, Aymeric [Laporte]. The players who come back competed and trained every day, while we had a holiday.

‘That’s why tomorrow is important. To keep the rhythm and for the players who were not at the World Cup, to gain that rhythm.’

Guardiola has not taken charge of a competitive fixture for City since their shock 2-1 defeat to Brentford – after an Ivan Toney brace – at the start of November.

Haaland has played just one match since that fixture. He scored one goal as City cruised to a mid-season friendly victory over Spanish outfit Girona last week. 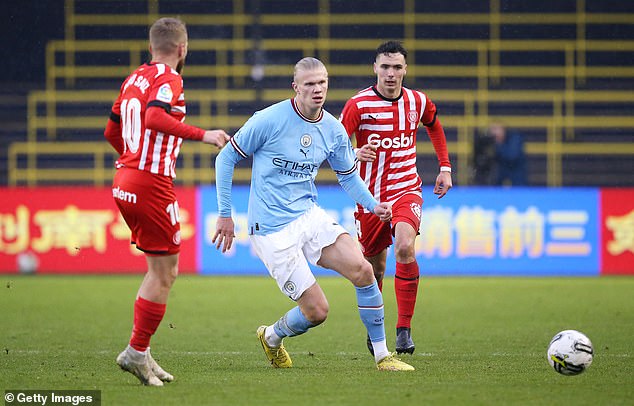 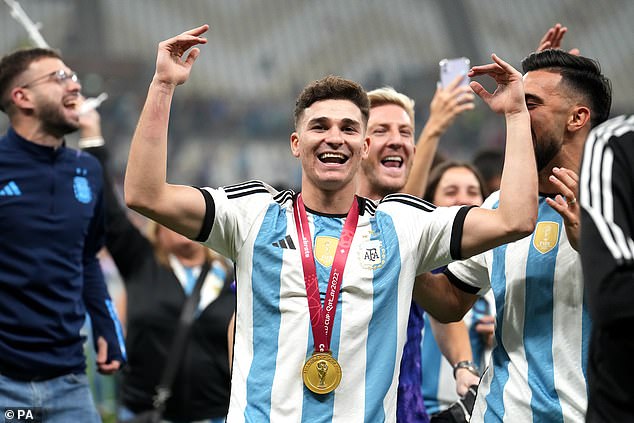 In the same press conference, Guardiola reflected on the achievements of club striker Julian Alvarez who played a key role in Argentina’s World Cup triumph.

‘We are incredibly happy for him, congratulations to him and Otamendi, personally to Messi. To Argentina, well deserved.

‘We’re delighted for Julian, he played a lot, his contribution was amazing for the team. We have a world champion in our team.’

Alvarez scored four goals for his national side in Qatar, as they ended up eventual winners of the tournament following Sunday’s final. 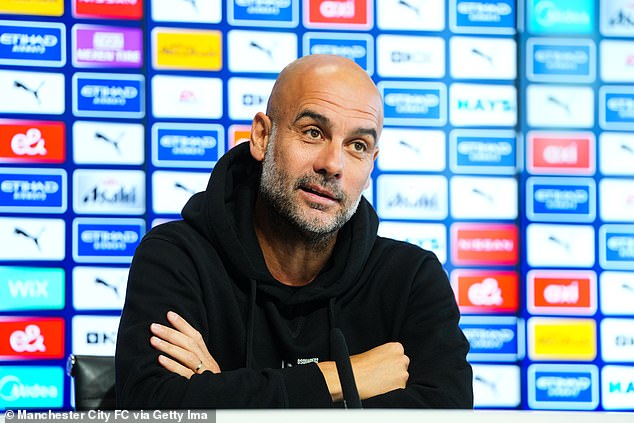