The £51.4million Norwegian has thrived in Europe’s top competition — with his 23 goals in 19 matches so far the best of any player at his age.

And manager Guardiola, who has seen his team come agonisingly close in the last two seasons, would like to think Haaland, 22, could be the final piece in the puzzle.

Ahead of Tuesday’s opener here in Spain, he said: “Erling has a special quality and maybe he can solve some of the problems we have — definitely.

“We hope all the six new players can make us better — otherwise it makes no sense to sign them.

“But we have to play good as a team as well. 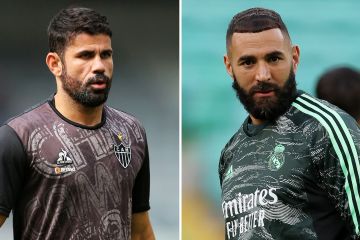 “All the new players have to settle. If we rely just on Erling’s shoulders we will not win.

City were beaten in the final in 2021 and then last term they crashed out of the semi-final in devastating fashion as Real Madrid struck twice in the 90th minute before netting an extra-time winner.

But Rodri also feels the arrival of Haaland, who has bagged TEN goals in his first six Prem games, could be crucial.

The Spanish midfielder said: “We all know the player he is — and not only in the Champions League.

“It’s a competition where you need these kind of players who you can give the ball to and they score a goal from nothing.

“He can make a big difference.

“The way he plays… he’s great and improving a lot.

“He’s still trying to fit in the team but he wants to improve every day.”

Guardiola is starting his seventh attempt to win this competition with City — and is now getting used to being asked if his team could finally win it.

City are starting their 12th consecutive season in the Champions League and Guardiola said: “Will we win it or not win it? I don’t know.

“But sport — not just football — always gives you another opportunity.

“The club is proud to be here again and we are going to try again.

“If we don’t do it we’ll get some punishment from our fans and the media and try again.”