The iconic striker was the star of Italy’s 1982 World Cup-winning campaign and won the Golden Boot at the tournament.

The former Juventus and AC Milan favourite won 48 caps for his country as well as two Serie A titles and a European Cup.

His death was announced in the early hours of the morning by Italian TV channel RAI Sport, where he had been working as a pundit.

“Unforgettable Pablito, who made all of us fall in love in that summer of 1982 and who was a precious and competent work colleague in RAI over recent years.

His cause of death is not yet known.

Rossi scored a hat-trick in his country’s famous 3-2 win against Brazil in the 1982 tournament as well as a goal in the final against West Germany.

He scored 134 goals in 338 club matches before retiring in 1987 and is considered one of the best forwards of his generation. 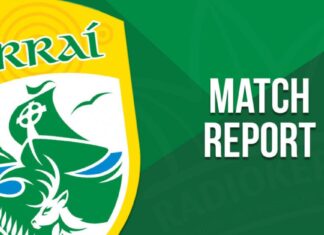 sportslatestnews - June 27, 2022
0
It'll be Kerry against Dublin on July 10th for a place in the All-Ireland Senior Football Championship Final. That's after the Kingdom defeated Mayo...