This hand out photo released by the Tennis Australia on February 6, 2021 shows Serena Williams of the US speaking during a pre-tournament player media conference at Melbourne Park in Melbourne. (Photo by SCOTT BARBOUR / TENNIS AUSTRALIA / AFP)

US Open champion Naomi Osaka will get the delayed Australian Open underway when she strides on to Rod Laver Arena Monday morning, with Novak Djokovic and Serena Williams also in the spotlight on day one.

The tournament is known as the “Happy Slam” for its convivial atmosphere but the coronavirus has cast dark clouds over this year’s build-up.

Djokovic is going for a record-extending ninth Melbourne Park crown, Williams is still chasing the major she needs to match Margaret Court’s all-time mark of 24 Grand Slams and Osaka is after her second Australian Open title in three years.

But while those are familiar themes, the first Grand Slam of the year has a different vibe.

Three weeks later than usual, it will be played in front of reduced crowds with mandatory mask-wearing and sanitising stations prominent in a zoned-off Melbourne Park with spectators unable to move freely around the grounds.

Australia has largely contained the virus, but officials are desperate to avoid further problems from Covid-19.

Preparations had to be hastily rearranged as late as last Wednesday when a coronavirus case at a tournament hotel — the city’s first local infection in 28 days — forced a suspension of play.

Hundreds of players and officials were tested and all were negative.

They will be followed on to Rod Laver Arena by 10th seed Serena Williams who begins her campaign against Laura Siegemund of Germany, four years after the American great’s last Grand Slam victory when she was pregnant.

Djokovic begins against world number 66 Jeremy Chardy in a night match, having never lost to the Frenchman in 13 previous meetings.

“I haven’t played him in a while now. He’s a very experienced player,” cautioned the world number one.

US Open winner Dominic Thiem, runner-up in Australia last year to Djokovic, looked out of sorts in the ATP Cup last week. And he faces Kazakhstan’s Mikael Kukushkin in the third match on Rod Laver Arena.

World number two Simona Halep has been battling a back injury which hampered her preparations and will open the evening session on Rod Laver against Australian wild card Lizette Cabrera.

One player no one can take their eyes off is combustible, unpredictable Australian Nick Kyrgios.

The world number 47 begins his campaign on his favourite John Cain Arena, where he has raucous support, against Portugal’s Frederico Ferreira Silva.

Kyrgios is never out of the headlines, smashing a racquet and throwing it out of the stadium during a warm-up defeat last week.

Before that, he had labelled Djokovic a “tool” for demanding better conditions for players during the quarantine. 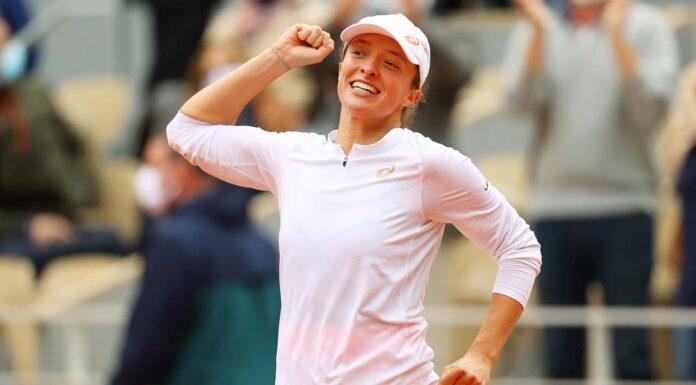