OLYMPICS
Team Ireland is celebrating their first medal of the Games.

BOXING
Ireland’s Kurt Walker delivered a huge upset as he defeated reigning World Champion and number one seed Mirazizbek Mirzakhalilov of Uzbekistan in his Men’s Featherweight Round of 16 by split decision to advance to the quarter finals.

Walker now has a medal bout on Friday.

HOCKEY
Ireland were beaten by Germany 4-2, setting up a showdown on Friday with India where a victory would likely bring a quarter-final spot for the Irish.

JUDO
There was heartbreak for first-time Olympian, Megan Fletcher, as she lost in the first elimination round in the women’s – 70kg this morning.

RUGBY SEVENS
The Irish mens finished in 10th place after losing 22-0 to Kenya.

SAILING
Sailors Robert Dickson and Sean Waddilove were back out on the water today after conditions delayed the schedule yesterday.

After 2, 3 and 4 already concluded this morning they now lie in 11th place overall.

SHOOTING
The Men’s Trap Shooting, Team Ireland’s Derek Burnett featuring in his fifth Olympic Games. Burnett has a cumulative score of 46 after the first two rounds and currently sits in 26th position.

SWIMMING
Having reached the 100-metres final, swimmer Mona McSharry has now set a new Irish record in the 200-metres breaststroke heats at the Olympics.

The Sligo woman swam 2-minutes-25-point-0-8-seconds to finish second in her heat.

McSharry didn’t make the top sixteen for a semi-final place but finished 20th overall having been ranked 28th before the event.
+++
U-S gymnastics have given their full support to the “brave” and “courageous” decision made by Simone Biles to withdraw from defending her all-round Olympic title to focus on her mental health.

The four time gold medalist said the sport was no longer “fun” as she pulled out of the team final yesterday after one rotation.

RUGBY
Munster Rugby will play two pre-season fixtures ahead of the 21/22 campaign.

Both games kick-off at 3pm and will provide preparation for the upcoming season with the first round of United Rugby Championship fixtures scheduled for the final weekend of September.

Ticket details for the home game with Bath will be confirmed in due course as we adhere to all government guidelines.

SOCCER
Celtic have work to do if they’re to progress in Champions League qualifying this evening.

They’re level at 1-all with FC Midtjylland going into the second leg of their second round tie in Denmark.

Kick-off is at a quarter-to-seven.
===
Leicester have announced plans to expand the King Power Stadium by 8-thousand seats – taking the total capacity to 40-thousand.

A 220-bedroom hotel will also be built on the site, as well as a multi-purpose event venue.

A period of public consultation will begin next month and is expected to continue into the Autumn.

Samcro heads the weights as he bids for a fourth win over fences.

Paddy Power Plate winner The Shunter is likely to go off as the favourite when the big race goes to post at a quarter-past-six. 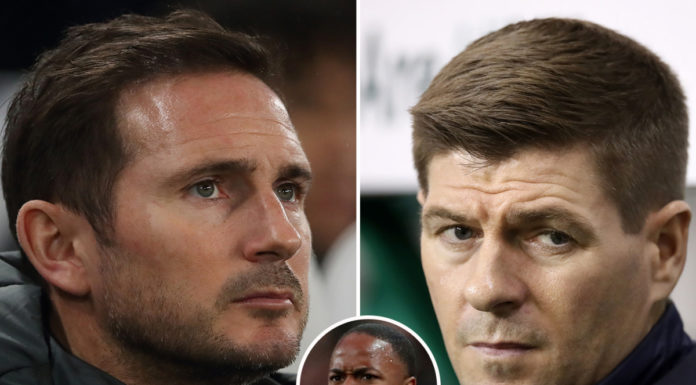 Jemele Hill: ‘I’m sort of all out of apologies.