Oldest ever World Cup player Essam El Hadary retires from Egypt national team following Russia 2018: ‘It is the best moment to hang up my gloves’

Egypt‘s goalkeeper Essam El Hadary says he’s retiring from the national team after making history and becoming the oldest player to play in a World Cup match during the tournament in Russia.

The 45-year-old posted on Facebook late on Monday: ‘After 22 years, four months and 12 days, I saw it as the best moment to hang up my gloves.’

El Hadary debuted for the Pharoahs in 1996 and says he’s ‘very proud’ after playing in 159 international matches. 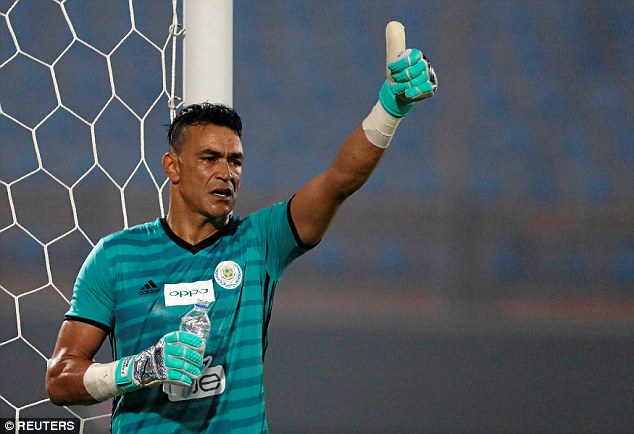 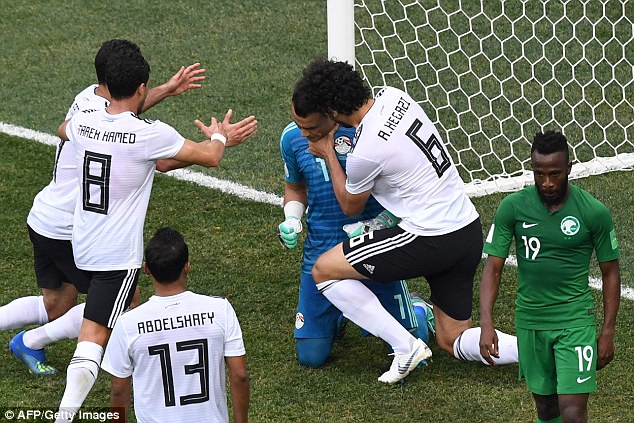 He played in Egypt’s final group game in Russia, saving a penalty in the Pharaohs’ 2-1 defeat by Saudi Arabia.

El Hadary will remain goalkeeper for Egypt’s Ismaili team, at which he is enjoying a third spell after returning from Saudi Arabian side Al-Taawoun.

He’s a celebrity at home since Egypt won three straight African Cup titles with him as keeper between 2006 and 2010.