Bose Odusanya and Muiz Adegoke, at the weekend, won the male and female categories of the 54th Molade Okoya-Thomas Table Tennis Championships. The contest was held at the Molade Okoya Thomas Indoor Sports Hall of the Teslim Stadium, Lagos.

Speaking at her win, Odusanya credited her success to hard work.
“I am very grateful to God for winning this tournament for a record eighth time. It is not by my power and I was not even feeling fine playing in this year’s tournament.
“Winning the last eight editions didn’t mean there was no competition for me in Lagos. I had to work harder because I knew that there are other players who are training very hard. But for me, I always set my goal very high and put God first. So, I believe it is God that helped me to win this tournament every year,” she said.

To Adegoke, winner of the male category: “I was supposed to play in the final last year, but I couldn’t. So, I’m really excited to win my first senior title at the Molade Okoya-Thomas championship this year. I attended my first National Sports Festival this year and that really helped me to develop and I hope to play in this tournament next year and win”.

Meanwhile, Head of the Okoya-Thomas Family, Ayodeji Okoya-Thomas, has singled out Adegoke for glory. He said: “Seeing a young boy, who just came through from the junior tournament to win the final of the men’s singles, is really gratifying for the family.

“This year’s championship is the 54th edition and the National Sports Festival kind of got in the way in terms of the timing. But we had to make sure that the tournament went ahead, whichever way and we are hoping that next year, we will have enough time to plan and work out the calendar with the Lagos State Table Tennis Association. We hope we can have a grandeur tournament in the next edition since it will be 55th edition. It’s always a tradition to make every five year different,” he stated. 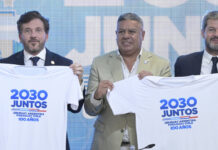