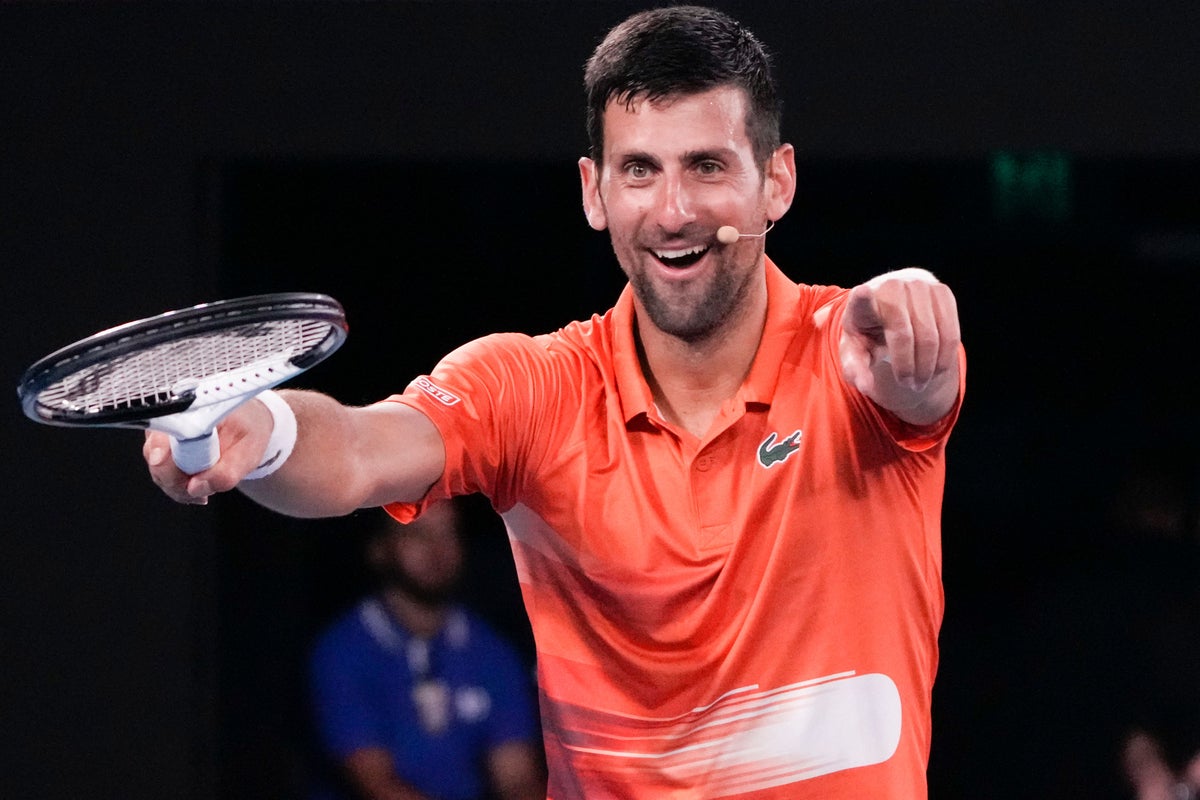 Novak Djokovic has his eyes on the prize at the Australian Open after putting the emotions of his return to the country behind him.

The nine-time Melbourne Park champion was unsure how he would be received following the furore of last year’s row about his vaccination status and subsequent deportation.

But he was given the most enthusiastic of welcomes back to Rod Laver Arena for a charity contest against Nick Kyrgios on Friday night and it appears all parties have moved on.

“I was very emotional, honestly, coming into the court, with the reception that I received. I didn’t know how that’s going to go after the events of last year,” he told a press conference on Saturday.

“I’m very grateful for the kind of energy and reception, love and support I got last night.”

Djokovic told Channel 9 he felt like he had been made out to be the “villain of the world” last year but he has resisted any urge to hold a grudge regarding his treatment, which saw him confined to an immigration hotel alongside asylum seekers.

“If I do hold the grudges, probably if I’m not able to move on, I wouldn’t be here,” he said.

At the top of Djokovic’s mind instead is the potential for him to win a 10th title at what has been his most successful grand slam, which would see him again draw level with Rafael Nadal on the all-time list.

“I was really looking forward to come back and play tennis because that’s ultimately what I do best, what I always wanted to do, what I wanted to do last year,” he said.

“That’s why I keep on playing professional tennis, competition tennis, because I want to be the best, I want to win the biggest tournaments in the world. There is no secret about it.

“It doesn’t get bigger than this. It’s also one of the biggest reasons why I was really looking forward to come back to Australia: because of my record here.

“I really love playing in Rod Laver Arena, particularly night sessions. I’ve had plenty of success that hopefully can continue this year.

“I’m in a very good shape. I ended last year in the best possible way, and continued that form in Adelaide.”

Djokovic carries a 10-match winning streak into the event having won the ATP Finals to end last season and then claiming the Adelaide International trophy last week.

He has not lost in Australia since 2018 but there is clearly some concern over a left hamstring injury he picked up in Adelaide ahead of his first-round clash with Spaniard Roberto Carballes Baena on Tuesday.

“I’ve been struggling with that a bit, to be honest, the last seven days,” said Djokovic. “But it’s hopefully not a major concern. So far I’ve been able to train, compete and play points, practice sets, so that’s a positive sign.

“Obviously, I’m being a bit more cautious. I’m not going full out on the training sessions, conserving the energy for next week. Hopefully it won’t cause an issue for me then.”