“I know this news is devastating and shocking to many in the Northwestern High School community and all who knew and loved him,” said Goldson in a statement to the community. “Please know that my heart is breaking with yours and I am praying for your strength and comfort during this time.”

The school nor PGCPS would confirm when Burke started showing symptoms. All that has been established is that he died from complications after contracting the coronavirus.  There currently are no other indications that anyone else at the school had contracted the disease.

The day of the devastating news in the Hyattsville community proved to be the most prolific since the pandemic hit the free state. Maryland reported 219 new cases of COVID-19 March 29 which – until that point – was the most in a single-day.  In an attempt to ease the fear throughout the system, Goldson reminded those in the Northwestern community to comply with social distancing and quarantine guidelines to curtail the spread of the virus. Superintendent of Schools Karen Salmon announced schools will remain closed through April 24.

“We will continue to consult with our County and State Health Departments on next steps and follow their guidance on preventative measures, reporting protocols and communication,” Dr. Goldson’s statement added.

Burke was known as “a beloved member of the school system.” He worked closely with the students and his relationships extended beyond members of the basketball program.  The New York native was able to become a valued member of the community by mentoring students who were more than just athletes. However, some who knew him say that there had been a slight change in Burke’s demeanor over the past few weeks.

“He was well known and a respected coach,” Ron Bailey, the publisher of the basketball website hoyareport.com told the AFRO in an exclusive. “It was more than just basketball. He helped develop coaches and young people.”

“But the last few times I talked to him he seemed to have a lot on his mind though,” Bailey said.

Burke coached Northwestern to the Maryland state post season  tournament in February when the Wildcats played in the 2020 MPSSAA Boys Basketball State Championships. The championship games were canceled in early March because of the coronavirus pandemic.  Those who knew him well and competed against Northwestern offered Burke massive tributes throughout social media. 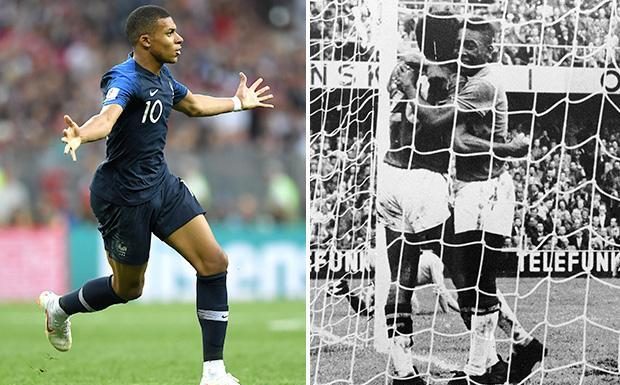 France 4 Croatia 2: Kylian Mbappe becomes first teenager to score in World Cup final since Pele in 1958 after netting for France against...

Man City have spent £1.5bn on 278 players in 10 years to top transfer money table, but Juventus brought in 577 new aces