Health is a “lifestyle” for Visanthe Shiancoe. Regarded as the greatest NFL tight end, since Raymond Chester from Morgan State University, Shiancoe was notorious for his insane training regimen while preparing for a pro football career.. That same drive now fuels his foray into the business world as he launches a nutritional supplement brand.

Shiancoe, a decade long NFL veteran, is owner of Gavvai Nutrition, a company that creates healthy products to support healthy lifestyles. The supplements from his company creates are not chemically based, and are designed with athletes in mind. The vitamin works to restore joints so that athletes and workout enthusiasts alike can maximize their efforts to stay in shape and decrease recovery time.

“Health is a lifestyle choice,” Shiancoe tells the AFRO. “The stuff I put into my body is very important before and after working out.”

Shiancoe’s fitness training regimen at MSU remains the talk of the campus especially in Hill Field House. The former football player came to MSU as a tall and slender 195-pound stick of a man Montgomery Blair High School, where his team finished with only one victory in his senior year. With a lot of hard work, Shiancoe would finish MSU as a 250 pound NFL prospect who would play for more than a decade. The weight room was his sanctuary and saving grace, keeping him from the social distractions of the HBCU experience which would eventually plant the seeds for the second act of his professional life.

“They used to kick me out of the weight room,” Shiancoe recalls with a chuckle. “Even when I got to the league I was really into fitness and really into taking care of my body everyday. So I just took that strategy and passion and put it in a product that other people can enjoy too.”

Shiancoe’s body took an enormous pounding during his NFL career. His odyssey began as a special teams player with the NY Giants, and also where former MSU legend Roosevelt Brown became a Hall of Fame offensive linemen. He would go on to play in Philadelphia, New England, and Minnesota. These cities were known for having brutally cold weather and older stadiums with outdated artificial surfaces. All of that makes the process of after-game recovery very important.

Those factors can be the gateway to a bigger issue. Players looking to bounce back immediately after a game will often use opioids which ultimately leads to abuse.

For this reason, Shiancoe created natural organic supplements for his consumers. The products aren’t genetically modified at all, and are able to restore joints by reducing inflammation without creating a chemical dependency.

“Most of the ingredients are natural and organic,” Shiancoe said with an exhale. “They aren’t made in a lab. We went through the non-GMO [certification] process and didn’t just slap the term on them like some others do, but I think it’s worth it.”

Shiancoe is the most accomplished professional non-olympic athlete that MSU has produced over the last 30 years. He was selected by the Giants with the 91st pick in the third round of the 2003 NFL Draft. During his career he caught 245 passes for 2,679 yards, and 27 touchdowns while averaging almost 11 yards per reception.

However, Shiancoe is most remembered for his prolific 2009 season with the Minnesota Vikings.  Shiancoe teamed with Hall of Fame quarterback Brett Favre to lead the Vikings with 11 touchdown catches. The Minnesota Vikings ultimately lost the NFC Championship Game to the future Super Bowl Champions New Orleans Saints with a final score of 31 to 28. 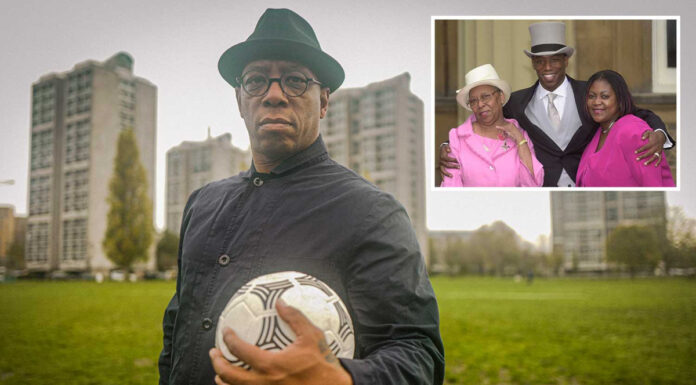