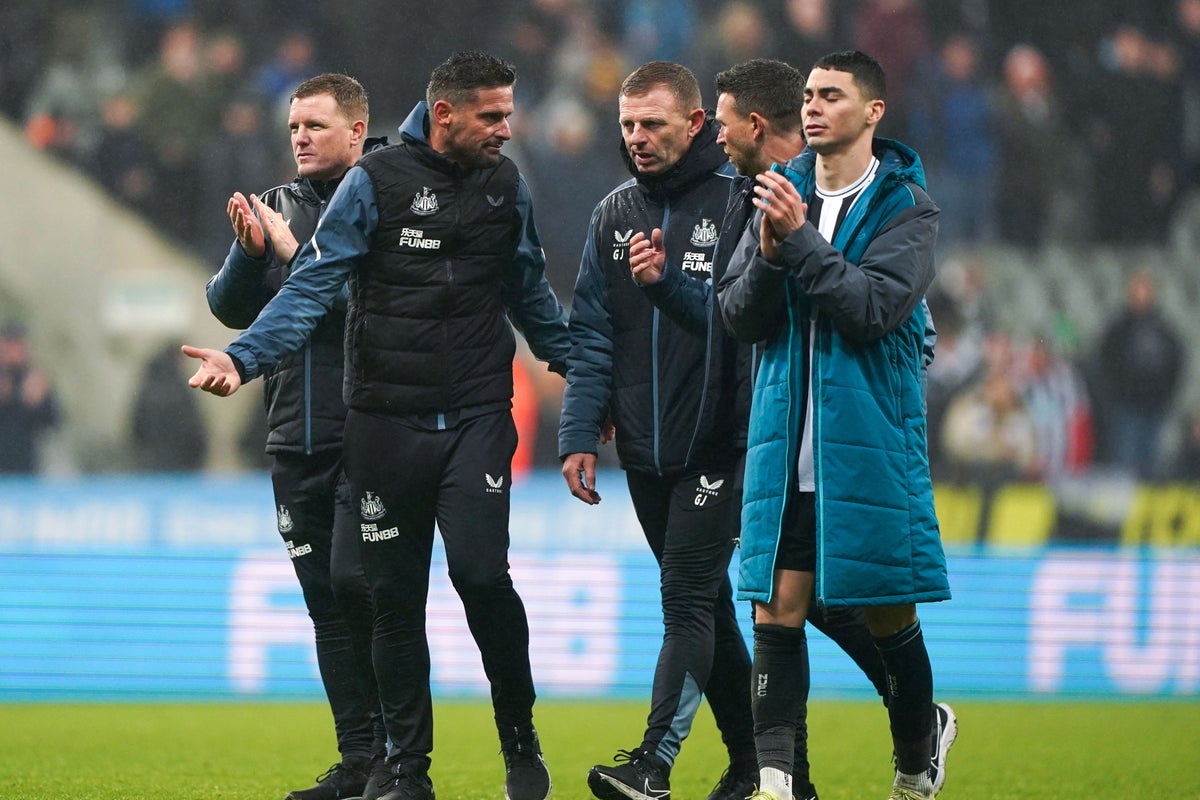 Newcastle United boss Eddie Howe has urged his players not to lose perspective after their hopes of a seventh successive Premier League win were thwarted by Leeds United.

The high-flying Magpies were forced to a settle for a point from a 0-0 draw at a rain-soaked St James’ Park on Saturday afternoon, but still end 2022 sitting in third place in the table.

Asked if it was important to maintain perspective after a remarkable 12 months for a club which a year ago was entrenched in a relegation battle, head coach Howe said: “I think it is.

“It’s important the players keep that perspective as well, because there’s absolutely no need for any negativity internally from me to the players, from the players to each other.

“They’ve given everything today, tough conditions, tough opponent. We’ve created the chances and sometimes football works that way, you just can’t for whatever reason…

“When you’re free-flowing – and we have been previously – suddenly one week you look like you can’t score.

“The most important thing is we didn’t lose the game in trying to chase it and trying to win it and the players’ commitment was there for everyone to see.”

It was Newcastle’s misfortune that the best of the chances they did create fell to defenders, with Fabian Schar passing up no fewer three promising opportunities and Dan Burn missing his kick with the goal at his mercy.

Howe, who revealed full-back Matt Targett is facing a spell on the sidelines with a heel injury, said: “I thought all that was missing was the finish today. We created a number of opportunities, but it wasn’t to be.”

Opposite number Jesse Marsch was delighted with the resilience shown by his players on a day when they might have emerged victorious had Nick Pope not clawed away Rodrigo’s second-half effort.

Marsch said: “I think the point is valuable, but even more valuable is the clean sheet, for us. They have been, since I’ve been here, not easy to come by.

“We felt going into the World Cup break and coming then out of the pause that we had that we gave goals away too cheaply and we really wanted to try to do better with that.

“We talked about both the tactics of what that would mean and then also the mentality to do whatever it takes to defend your own goal.

“The first half, for me, I thought we played very well. We were in the game, we were managing to find a few chances, and then second half they decided to play very direct to then try to pick up some set-pieces and put balls in our box, and then it becomes about momentum and energy and bending, but not breaking.

“In general, I thought we did that really well.”