The Merseysiders’ league woes continued in west London on Monday night as they were stung 3-1 by the Bees.

🗣️ “They [Liverpool] have won absolutely everything you can win by being smart, being clever in the transfer market. Not just blowing money like your club.”@Carra23 wasn’t letting @GNev2 say anything about Liverpool’s owner when his sides are the Glazers. 🍿 pic.twitter.com/9FdGK1JfEH

Defeat to Brentford was the Reds‘ fifth of the season and raised further questions about the club’s transfer dealings over the last four years.

During the post-match analysis, Sky Sports pundit Neville said: “The biggest things for Liverpool is keeping Jurgen Klopp and getting new owners – the right owners.”

“Just leave it off. They’ve won absolutely everything you can win by being smart. They don’t need [new owners].” 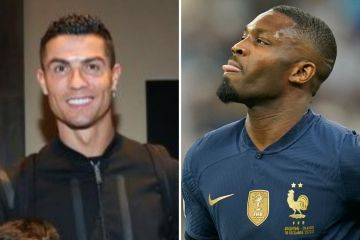 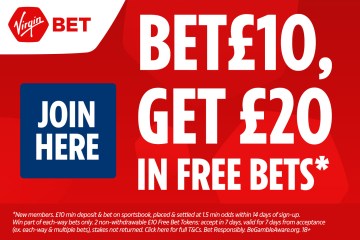 Neville was quick to interject, saying: “They’re selling the club!”

Kop hero Carragher refused to back down and even took a dig at Manchester United’s transfer dealings during the Glazer era.

“Even if they don’t go, Liverpool have had owners, and they could’ve won absolutely everything, and been clever in the transfer market.

“Not just blowing money like your club. That’s absolute nonsense.

A perplexed Neville asked: “What are you going on about?”

Carragher then fired back: “You’re saying they need the money, they don’t need new owners.”

Despite being lambasted by his fellow pundit, Neville didn’t budge from his stance, saying: “I said they need the right new owners.”

Liverpool were put up for sale by Fenway Sports Group last November – although it’s unknown if the club is in talks with potential suitors.

Manchester United are also up for sale, with current owners – The Glazer family – eager to sell up shop before the end of the first quarter of the year. 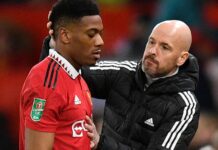 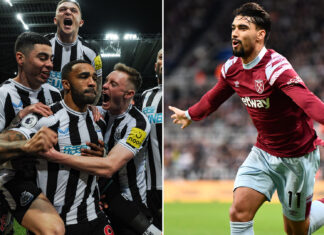 sportslatestnews - February 4, 2023
0
LUCAS PAQUETA could have been wearing a black and white shirt had worked out differently. The Brazilian is a close pal of Toon favourite...