Dawn Staley has a sheepish grin, which turns into a smile after a quick glance at the Greensboro Region of the women’s NCAA Tournament.

There is sense of pride that exudes from the South Carolina basketball coach when she sees people who look like her, doing what she does and getting the chance to be successful at it.

Including Staley, five of the dozen Black female coaches in the women’s tourney are in the Greensboro part of the bracket. The 12 coaches double the number of Black women that led teams in last year’s NCAA Tournament.

Though there is still much work to be done, Staley said it is a sign of success.

“When you give people opportunity that they don’t often get and they’re successful, this is kind of what happens. I think it’s popular now. Like it was popular probably … when Coach (Jolette) Law got the Illinois job,” in 2007, Staley said of her Gamecocks assistant.

“A lot of Black coaches got opportunities during that time,” Staley added. “And then probably three, four years later, 75% of them weren’t head coaches anymore, and they don’t get recycled like other coaches. So I think now Black coaches are more prepared because they have had to be prepared.”

Staley will face one those Black female coaches, Howard’s Ty Grace, when her top-seeded Gamecocks played the Bison on March 18. Grace led Howard to a win in the inaugural women’s First Four on March 16, beating Incarnate Word in Columbia, South Carolina.

After Howard’s win, Grace and Staley had a quick exchange in a hallway of the arena that represented more about what could be than what was said.

“We just said hi because the teams were passing by and we were looking up as they were walking by. You know, she just said she was glad to have us here and she was happy for me,” Grace said. “She wished me luck. She said, ‘I’ll see you on Friday.’”

Staley would like to be able to say that to a Black female coach more often.

Yet, that could take a while. There has been marginal progress when it comes to the hiring process.

Of the nine openings at Power Five schools this season, only two Black women filled those vacancies: Marisa Moseley at Wisconsin and Auburn’s Johnnie Harris. Counting the two hires, of the 65 Power Five schools, 12 had Black women leading their basketball programs this season. And though neither Wisconsin nor Auburn are in the tournament, they are trending in the right direction: both finished with more wins than they did last year.

There already are a handful of Power Five openings for the upcoming season, including Texas A&M, Virginia and Syracuse. And there would seem to be a potential pool of candidates in the NCAA Tournament with six Black women from non-Power Five schools.

One of them is Buffalo coach Felisha Legette-Jack.

She played for the Orange and has her jersey retired at the school. She’s been mentioned as a possible candidate for her alma mater, and believes the success Black women are having is breaking down barriers.

“People are noticing they are Black and winning,” she said. “But also that their messages are so amazing. More doors are opening for at least getting interviews for Black coaches. Seeing so many be successful and reach the NCAAs can only help get more opportunities.”

Legette-Jack has Buffalo back in the NCAA Tournament again where the Bulls will face Tennessee. She led Buffalo to its first Sweet 16 in 2018 before losing to Staley’s Gamecocks.

She had been fired by Indiana when the Bulls gave her a second chance, a decision that has paid off for Buffalo.

“You used to see coaches that don’t look like us get a job, lose a job and get hired again,” Legette-Jack said. “It’s like their birthright. But now you get a sense that things are changing.”

Staley has been a leader for that change and though she deflects any credit, her credentials and success at South Carolina can’t be overlooked.

The Olympic gold medalist and national team coach has built the Gamecocks into one of the nation’s top programs, which annually has the highest fans attendance. Staley also signed a landmark contract for women, inking a $22.4 million, seven-year deal earlier this season.

“I’m in awe of her. I’m a groupie. She’s so great and gracious,” Legette-Jack said. “You call her, and you think you’re the most special person in the world. She does it with everybody.”

Staley is the longest tenured of the group; Ivey, Elzy and Wright have the shortest stints at their respective schools — all were hired in 2020.

Wright was a longtime assistant having worked at Texas Tech, Alabama and Vanderbilt before finally getting a chance with UT-Arlington.

“I waited my turn and I had to really learn how to be an assistant coach to get into this seat as a head coach,” said Wright, who led the Mavericks to their first NCAA appearance since 2007. “I interviewed for a couple of jobs, but this ended up being a great situation for me.”

Wright, along with the other Black women coaching in the tournament, was among the 70 who received a piece of the 2017 NCAA championship net from Staley. The often retold gesture was to help inspire them.

Barnes has hers taped to a computer screen so she sees it very day.

“Dawn first told me about the net when she was with me at USA Basketball. She was going to give me the piece of net. I thought that was amazing. I thought I was the only [person] getting one, then, it was amazing, she gave it to everyone. It shows how selfless she is.”

Barnes shared the sports’ biggest stage with Staley last year when they became the first two Black women in a Final Four.

They hope it won’t be the last time as more doors slowly open at the highest levels of the women’s game. 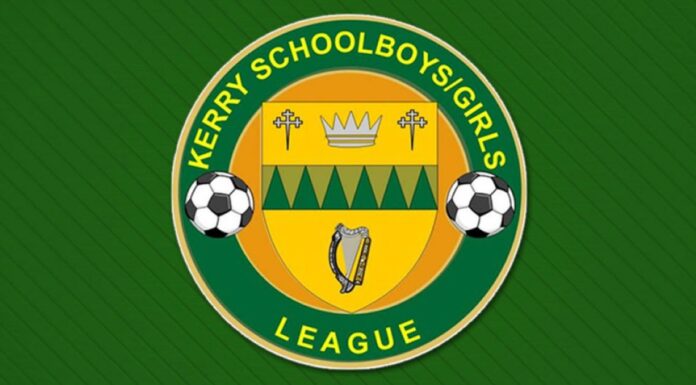 Busy midweek of fixtures in KSBGL