As the Rev. Greg Drumwright watched members of his ministry crowd the fence at Talladega Superspeedway to cheer for Black driver Bubba Wallace, he realized his first NASCAR race was the start of his immersion into stock car racing.

Less than three weeks later, Drumwright has a seat at NASCAR’s leadership table and he said he is ready to disrupt the industry’s social hierarchy and get more Blacks involved, from the board room to the grandstands to the track.

We know that those opportunities exist. But they don’t exist in large numbers. We want to see that NASCAR is true to the message that they’re saying, that this is a new day in NASCAR and they understand what it means to the African-American community.”

Drumwright, a senior minister at the Citadel of Praise Church and Campus Ministries in Greensboro, North Carolina, met with two NASCAR officials for what he hoped was a serious discussion about the industry’s push for racial diversity. He said he was denied a chance to talk with NASCAR President Steve Phelps about the issues that mattered most to his group.

“We are concerned about the commitment that’s been stated to furthering this dialogue and this call from the social justice community for change,” Drumwright said after the meeting.

In a statement, NASCAR said “we had a good conversation with Rev. Drumwright this afternoon. We share the same goal, and that is advancing diversity in our sport in an impactful way.”

NASCAR has been swept up in the reckoning over the nation’s racist past. Wallace — the lone Black driver in the Cup Series — helped prod NASCAR to ban the Confederate flag just a few weeks ago. The 26-year-old Wallace emerged as social activist but two weeks later a member of his race team found a garage door pulldown rope fashioned as a noose in their garage at Talladega.

The 40-year-old Drumwright had finished protesting in Atlanta with members of his Greensboro-based coalition, “Justice for the Next Generation,” when he got word of the noose.

He organized a call with members of his coalition that included a Black pit crew member at the track, Keiston France, a collegiate tennis player who joined NASCAR as part of its Drive for Diversity pit crew development program.

“I said, ‘Son, should we come, or should we stay home?’ He said, ‘We need you,’” Drumwright told The Associated Press. “The only concern was, will we be safe? We all came to a unanimous decision that we needed to be in Talladega.”

The group checked out of their hotels and made the drive to Alabama. The group was about two dozen strong but only one had been to a NASCAR race before.

The Confederate flag was still easy to see around the track, though not inside and attendance was capped at 5,000 because of the pandemic. There were informal protests, with cars and pickup trucks driving along nearby roads flying the flag and parading past the entrance . A small plane flew overhead pulling a banner with the flag and the words “Defund NASCAR.”

“This is not something that’s going to be easily dismantled, the stigma that’s attached to the sport,” Drumwright said.

They got to their seats late and missed one of the most poignant and important moments in memory when NASCAR stood and marched together in solidarity with Wallace.

When the race ended, the fans — several in “Black Lives Matter” T-shirts — rushed the fence and shouted for Wallace, who walked over and slapped their hands and thanked them on national television for coming.

“We were there to stand with Bubba but what we learned through the media coverage is that it seems as if we’re standing with NASCAR,” Drumwright said. “NASCAR got the video and photo opportunities to show that there were African-Americans in the stands that are willing to support Bubba and we want to know that NASCAR is going to support us.”

The group found that some fans at Talladega were happy to see Black fans at the track.

“We had a hard time getting back to our cars that day because there were some very good White folks who stopped us and just wanted to say thank you for being here,” Drumwright said. “There were about two dozen White families who felt like our presence sent a message that change is going to come.”

He added: “But let me be clear about the other side of that. There was more than a thousand folks who ignored us, looked at us, stared us down, avoided us, wouldn’t speak to us, refuse to engage us.”

Drumwright is just getting started; he even showed up to talk to the owner of a North Carolina dirt track that advertised “Bubba Ropes” for sale. The track owner teared up and shook hands with Drumwright and other coalition members.

NASCAR has been down this road before: rallying behind Black advocacy groups, notably making contributions to Jesse Jackson’s Rainbow/PUSH Coalition in the early 2000s. NASCAR has continued to engage with other diversity groups and heard a speech this week from Diahann Billings-Burford, the CEO of Ross Initiative in Sports for Equality.

“There’s a willingness to listen and engage that NASCAR has that I don’t believe they were sincere about earlier,” said Bill Lester, one of at least seven other Black NASCAR drivers before Wallace.

NASCAR finally seems poised to make the Confederate flag ban the anchor of a series of tangible changes. Drumwright said he was ready to help hold NASCAR accountable and that likely includes a July 15 trip to Bristol Motor Speedway in Tennessee, where up to 30,000 fans will be allowed for the All-Star race.

“I’d like to see what possibilities exist of us working hand-in-hand at Bristol,” Drumwright said. 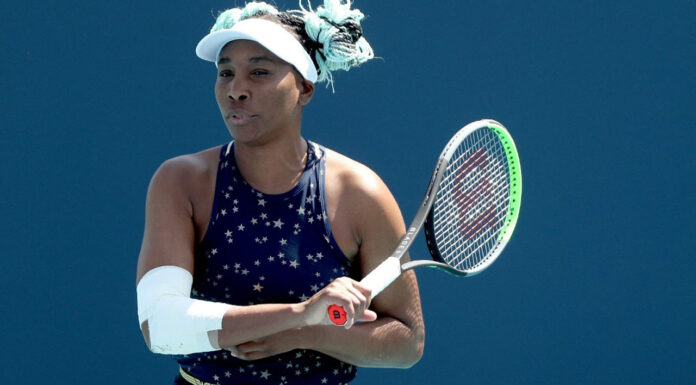