Nadal, who claimed a record-setting 21st Grand Slam title at the Australian Open in January, improved to 20-0 in 2022, pushed all the way through three hours and 12 minutes by the 18-year-old aiming to follow in the footsteps of his childhood idol.

Fritz advanced with a 7-5, 6-4 victory over world number seven Andrey Rublev. Nadal won his only prior meeting with the 24-year-old American in the final at Acapulco in 2020.

Nadal’s experience was key in a see-saw battle in tricky winds that strengthened in the second set, sending debris skittering across the court and at one point forcing a readjustment of the billowing net late in the second set.

The array of shots and athleticism that have already stamped Alcaraz a star were on full display, but a tendency to go for too much in the key moments may have contributed to some damaging errors.

Even so, Nadal needed five set points to emerge with a hard-fought first set that opened with Alcaraz winning the first two games.

The second game was a titanic battle to hold serve in which the young player fought off five of the astonishing 17 break points he would face in the set.

Nadal won the next four games before surrendering his serve again, but he pocketed the set with another break in the 10th game.

Down 0-40, Alcaraz delivered a drop shot winner, a backhand volley winner and a service winner.

A forehand into the net gave Nadal another opportunity, which the former world number one squandered with an easy forehand miss. He’d make no mistake two points later, pocketing the set on his fifth opportunity.

The second set was a tight affair, Alcaraz again seizing the initiative with a break for a 3-2 lead.

That launched a run of five straight breaks of serve, the last another marathon lasting almost 20 minutes in which Nadal saved five break points and missed two game points before Alcaraz finally put him away with a lob that dropped just inside the baseline as Nadal scrambled in vain to get back to it.

Alcaraz, who had won just three games in his only prior career meeting with Nadal in Madrid 10 months ago, then served out the set with an unreturnable serve on his first set point.

As the wind died down again, the third set saw both players hitting winners from every quarter of the court.

Nadal, faced with Alcaraz’s speed around the court, stepped up his attack, coming to the net more in a bid to end the rallies.

It was his forehand volley in the eighth game that gave Nadal a break and a 5-3 lead and he served it out with a love game. 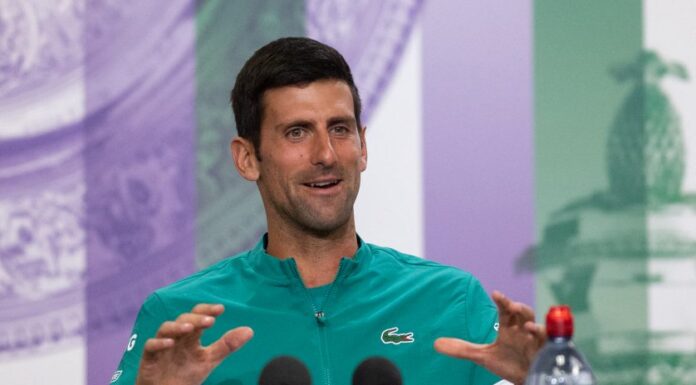