Rafael Nadal outplayed Italy’s Fabio Fognini 6/3, 6/4, 6/2 in the match of the day at the Australian Open yesterday, while top seeded Ashleigh Barty defeated American Shelby Rodgers 6/3, 6/4 to advance to the quarterfinals. In the men’s field, Norway’s Casper Rudd withdrew when Andre Rublev was ahead 6/2, 7/6 (3) and Stefanos Tsitsipas got a walkover on Italy’s strong hitter, Matteo Berrettini.

Nadal won the opening game and shot to a 2-0 lead in the first set. The second seed lost his serve in the fifth game but took Fognini’s serve to lead 4-2 and held for 5-2. Serving to save the set, Fognini trailed 0-40 but fought back to deuce. The two men had three advantage points but it was the Italian that clinched the seventh after 11 minutes. Nadal won four straight points on serve to win the ninth game. The set lasted 46 minutes. Thereafter, he got permission to go off the court for a complete change of clothing, as he was drenched in sweat. Fognin complained to the Chair Umpire about that but the show went on.

Fognini faced break point at 30-40 after Nadal drilled a forehand down the line for a winner that even the Italian applauded. He held when Nadal netted a backhand.

The two players registered aces in the next three games for two-all, but Fognini handled Nadal’s signature reverse cross court shot effectively and won the fifth game at love.

In the sixth game, Nadal double faulted after a prolonged ball bouncing before the second serve and conceded the break. Fognini handed his opponent a service break and hit his forehand a few times with the strings of his racket. Nadal trailed 0-40 but fought back to deuce with his fourth ace and leveled four-all. Although Fognini led 30-0, he missed a drop shot attempt for 30-40 and mashed the ball into the bleachers. He received a code warning and thereafter netted a forehand for the break.

Nadal delivered his fifth ace to reach set point and a service winner for the game and set 6-4. Fognini went off the court to change clothing and promptly won the first game on return, dropping a point.

Nadal, however, leveled and broke Fognini in the third game. He stretched the lead to 3-1 and sealed his fifth break point out of 18, to lead 5-1. The Italian shot maker delivered his seventh ace to reduce the tally but the Matador won the last four points of the match, ending with his sixth ace, in the 6-2 set that lasted 38 minutes. 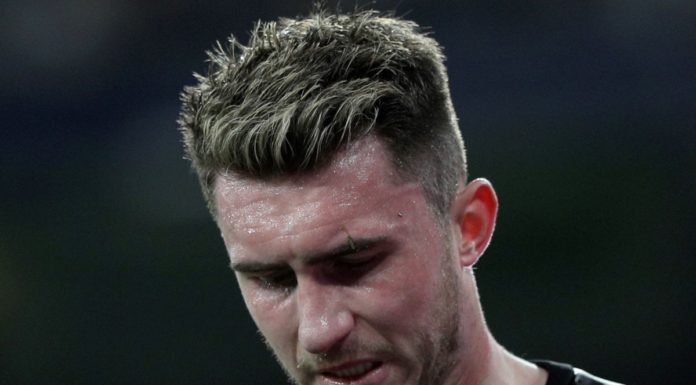