Nadal lost the first point of the match on his serve and made a double fault to 0-30, but held for 1-0. Tsitsipas won his first service and delivered his first ace to level. Nadal also made his first ace in taking the third game at love. Games flowed quickly with serve but the seventh game featured a 25-shot rally, which ended when Tsitsipas whacked a backhand long.

Serving with new balls, Tsitsipas leveled at 30-all and missed an attempted serve and volley for the break point that he conceded when he netted a forehand. Nadal recovered from 15-30 and took three straight points for the game and set 6/3 in 37 minutes.

After another change of kits, Tsitsipas took the first game of the third set at love and Nadal countered with two aces to level. Players held serves to reach a tiebreak at six-all. Nadal took Tsitsipas’ opening service point but missed an easy smash to concede a mini break for 4-2 at changeover. Nadal missed a smash from the baseline and lost his service point at 4-7 to lose the set.

In the fourth set, the two players held their service games easily. Before Nadal commenced serving the seventh game, Tsitsipas received a warning for taking coaching from his box. Nadal cancelled break at 30-40 before holding to lead 4-3. In the ninth game, Nadal led 40-30 but was deuced and had two additional opportunities to hold but was denied until an easy miss led to the crucial break. Tsitsipas served out the 57-minute set 6-4.

In the fifth set, Nadal held serve to lead 5-4. Serving to stay in the match, Tsitsipas missed a drop shot to trail 0-15, was leveled when he missed a drop shot but reached 40-30 and clinched the game with a sizzling forehand winner. Nadal did not get a point in conceding the break in the eleventh game. Serving for the match, Tsitsipas trailed 0-30 but leveled with a 203 Km/h ace. He lost a match point at 40-30. d. He hit a forehand into an open court to reach second match point and barely missed an ace but was forced deuced. He cancelled a break point. Nadal missed an easy volley to face fourth match point and Tsitsipas ended the match with a backhand down the line.

It was the second win for Tsitsipas in their eight career meetings. Nadal won their previous encounter in three sets at the 2020 ATP Tour finals in London.

Meanwhile, Serena Williams and Naomi Osaka will lock horns in their first Grand Slam meeting since their infamous US Open showdown in 2018.

Williams is bidding to claim a record-equalling 24th Grand Slam singles title in Melbourne, and she stormed into the last four with a dominant straight-sets win over second seed Simona Halep.

The 39-year-old is remarkably set to feature in her 40th Grand Slam semi-final, yet she faces another stern examination against 2019 champion Osaka.

The third seed has never failed to win a Grand Slam after reaching the quarter-finals, and she’s been in imperious form in 2021 thus far, stretching her winning streak to 19 matches with an emphatic 6-2 6-2 success over Hsieh Su-wei.

The 23-year-old survived match points against Garbine Muguruza, but that’s been the only blemish in her otherwise flawless progression, as she targets a fourth Grand Slam crown.

Serena is without a Grand Slam title since defeating her sister Venus in Melbourne four years ago, but she’s rolled back the years over the last fortnight, with improved footwork the catalyst behind her success. 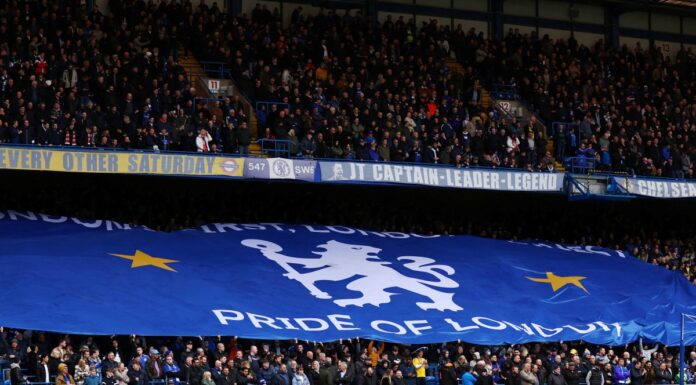 Chelsea out to add Jadon Sancho, Bellingham and Dembele to Ziyech in summer transfer spree as Lampard eyes title bid