A WORLD Cup fan booted out of school over his Ronaldo Nazário-inspired haircut burst into tears after being forced to shave off his rule-busting barnet.

Alfie Ransom, 12,  was sent home from Sirius West Academy in Hull over his attempt at the Brazilian legend’s iconic 2002 trim.

The young footie fan was told he was breaking school appearance policy – and ordered not to return until the offending patch of hair had been clipped off.

His mum Emma Shaw, 32, who created the DIY do, revealed her boy was in tears as she told him the hairstyle would have to go.

She said: “Alfie really didn’t want to get it cut off. It broke my heart when I had to get the clippers out.

“He was so happy with his Ronaldo – he’s his football hero. 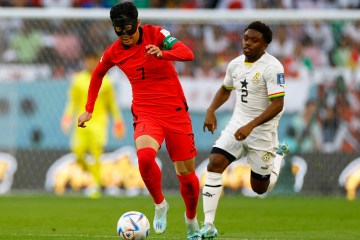 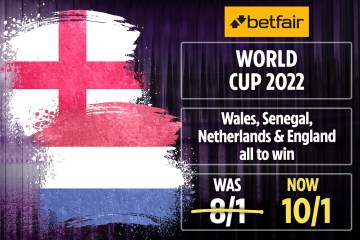 “The haircut just gave him a huge lift – you could see how excited he was to have it.

“When I sent him to school with his skinhead he was crying, he was gutted.”

Mum-of-four Emma added: “The whole thing has just made me so angry. It was just supposed to be a bit of fun – he wasn’t supposed to get in trouble.

“I didn’t for a minute think he would be sent home. It was just a haircut – it wasn’t like he had punched someone.

“One of the teachers called him daft – but he just wanted to get in the World Cup mood. What’s wrong with that?”

Ronaldo, one of the all-time greatest strikers, unveiled his unique haircut in 2002 and went on to win the World Cup with Brazil.

He later revealed that the hair-do was a deliberate tactic to distract viewers from discussing his injury record.

Alfie, who persuaded his mum to wield the clippers after England’s thumping 6-2 win over Iran on Tuesday, revealed school pals protested over the decision to send him home.

He told the Sun: “I’ve never been in trouble at school before.

“I’ve got 100% attendance and I’ve never even had a detention. I didn’t think that getting a Ronaldo would get me in so much bother.

“I felt a bit emotional when my mum shaved it off – I didn’t want to go skinhead. There are kids in school with perms who look worse than my Ronaldo.

“After my mates learned what had happened they protested in school. They were chanting ‘Free R9’ which is Ronaldo’s nickname. They all loved it – everyone did, except a couple of teachers.”

The school’s uniform policy insists that hairstyles must be “appropriate for Academy life’.

But Hull City fan Alfie now has sights set on a haircut in tribute to an England footballing hero.

He revealed: “Next time I think I’ll get a Jack Grealish. But now I’ve got a skinhead that will take ages.

“It’s my hair – I should be allowed to do what I like. What’s the problem? Why do they have to choose what I do with my hair?”