Andy Farrell’s side welcome France to the Aviva Stadium for a 3-o’clock kick-off.

In one of four changes to last week’s side, Rhys Ruddock is set to earn his first cap since the World Cup in 2019 – he starts in the back row in place of the suspended Peter O’Mahony.

28-year-old Iain Henderson captains the side for the first time, in the absence of Johnny Sexton.

There’s four games in the Premier League this afternoon.

At lunchtime, Southampton and Wolves meet for the second time in four days, after the Saints beat them 2-0 in the FA Cup on Thursday.

Although Ralph Hasenhüttl’s side made a great start to the season they’ve been in mixed form of late and have lost their last five league games.

Then at half-past-4 Arsenal entertain Leeds in what is arguably the game of the day.

Going into the clash, the visitors are 10th with the Gunners just one place and point behind them.

Then in the final game of the day, European hopefuls Everton welcome strugglers Fulham to Goodison Park where there’s a 7-o’clock kick-off.

Celtic are away to St. Johnstone from 12-o’clock midday in the Scottish Premiership.

Going into the game, Neil Lennon’s side are 21 points behind leaders Rangers.

There’s an eight race card at Punchestown where the first goes to post at half-past-one.

Williams overcame the challenge of Aryna Sabalenka overnight, while Halep was too strong for Iga Swiatek.

In the men’s draw, third seed Dominic Thiem exited the tournament after a straight sets loss to Grigor Dimitrov in their round four clash.

American Jordan Spieth will take a two shot lead into the final round of the Pebble Beach Pro-Am tonight.

He’s 13-under-par in California after a one-under 71 overnight. 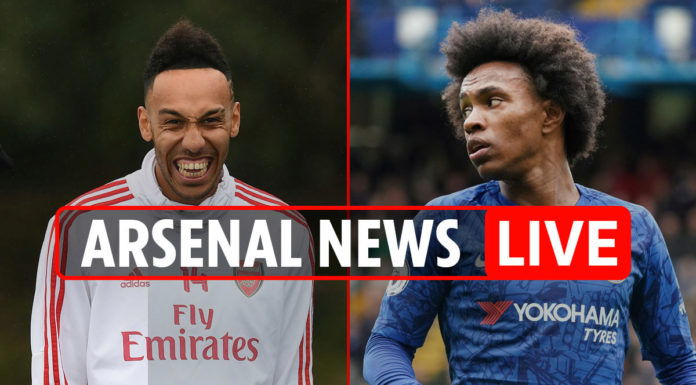 Larin, Davies combine to help Canada to 5-1 win over Bermuda in World Cup...