There will be no GAA activity, including training, until Easter at the earliest.

The Association’s fixture calendar is now up the air after it was revealed Gaelic Games is no longer covered under Level 5 exemptions for elite level sports during the pandemic.

The GAA Director of Communications is Alan Milton.

He was asked why GAA activity can’t return, but the League of Ireland can.

Everton booked their place in the FA Cup quarter finals last night by getting the better of a nine goal thriller.

Carlo Ancelotti’s side beat Tottenham by 5 goals to 4 after extra time at Goodison Park.

Bernard scored the all important winner.

Gareth Bale wasn’t happy with his training session this week, which saw him left out if the Spurs squad, according to his manager Jose Mourinho.

Elsewhere, Manchester City extended their winning run to 15 games with a 3-1 victory away to Swansea.

While Leicester were 1-nil winners at home to Brighton.

The draw for the sixth round will be made between tonight’s remaining ties.

First up, Wolves welcome Southampton to Molineux for a 5.30 kick off.

And then Oakwell hosts the meeting of Championship side Barnsley and Chelsea from 8pm.

Defending women’s singles champion Sofia Kenin has been knocked out of the Australian Open.

There have also been wins this morning for world number one Ashleigh Barty and Karolina Pliskova.

In the men’s singles, Rafael Nadal and Daniil Medvedev are in action.

The Waterford golfer tees off just before 6pm, Irish time.

There’s a seven-race card at Thurles this afternoon, with the first going to post at 1.45. 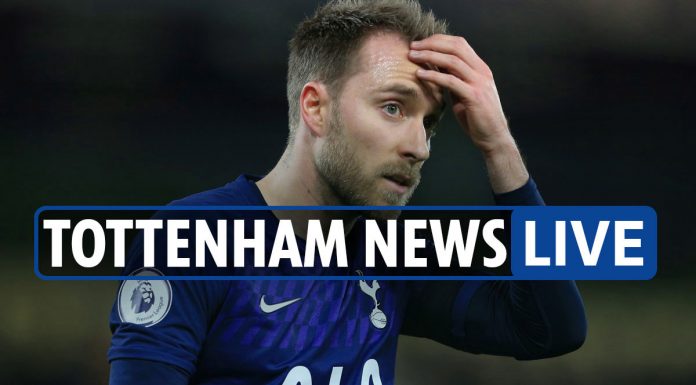