Leeds United moved into the top half of the Premier League table last night.

Goals from Jack Harrison and Patrick Bamford saw them beat Crystal Palace 2-nil at Elland Road in the only game of the night.

With the three points they go 10th.

There are two FA Cup fifth round ties this evening.

First up, Burnley welcome Bournemouth to Turf Moor for a 5.30 kick-off.

Then at 7.30, there’s an all Premier League clash at Old Trafford between Manchester United and West Ham.

United will be without Paul Pogba, who is facing a few weeks out with a thigh injury.

Tomas Soucek will be available for the visitors after he had his red card from the weekend overturned.

He was sent off for violent conduct late on in their nil-all draw with Fulham on Saturday evening.

Rhys Ruddock could be in line for a recall to the Ireland team for this weekend’s Six Nations match against France, as Peter O’Mahony is set for a ban.

Munster’s O’Mahony was sent off in the first 15 minutes for a reckless challenge on Tomas Francis in Sunday’s defeat to Wales.

Johnny Sexton and James Ryan are following the return to play protocols after receiving knocks to the head in Cardiff.

And at the Australian Open first round in Melbourne, defending ladies champion Sofia Kenin beat Maddison Inglis in straight sets, 7-5. 6-4.

Past winner Victoria Azarenka was beaten in straight sets by Jessica Pegula.

In the men’s singles, Rafael Nadal has seen off Laslo Djere 6-3, 6-4, 6-1 in their first round encounter at the Rod Laver Arena. 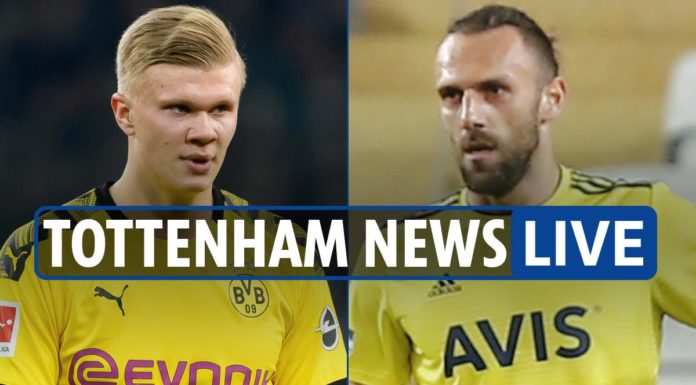 How Genk could have lined-up against Liverpool if they had not sold stars including...