Ireland get their 2021 Guinness Six Nations campaign underway this afternoon.

Andy Farrell’s side take on Wales in Cardiff from 3-o’clock.

The Irish haven’t won in the city in the tournament since 2013.

Winger James Lowe is set to make his first start in the competition while Johnny Sexton has recovered from a hamstring injury to lead the side out.

Yesterday the competition was blown wide open with Scotland springing a surprise defeat upon England while as expected France easily saw past Italy.

Sexton says their only focus is today’s game

It’s the champions against the title chasers in the Premier League this afternoon.

Liverpool welcome Manchester City to Anfield today, in what could be a season defining game for both clubs.

Going into the tie, City are top of the table and seven points ahead of Jürgen Klopp’s side, with a game in hand.

Kick-off on Merseyside is at half-past-4.

Before that, under pressure José Mourinho and his Tottenham side host strugglers West Brom at lunchtime.

Spurs have lost their last three league games with many criticising the manager for their unimaginative style.

Elsewhere at 2-o’clock Wolves host Leicester City and in the final game of the day bottom side Sheffield United entertain Chelsea and new manager Thomas Tuchel.

Rangers can go 23 points clear at the top of the Scottish Premiership table this afternoon.

They’re away to bottom side Hamilton from 12-midday.

The Dublin Racing Festival continues at Leopardstown this afternoon.

There’s an eight race card from 10-past-1, with four Grade One contests down for decision.

The Henry De Bromhead trained Minella Indo, with Rachael Blackmore on board, is expected to go off the favourite in the Paddy Power Irish Gold Cup.

The 8-year-old will look to put a fall at the same course in the Savills Chase over Christmas behind him when he goes for the feature race of the day, which is worth €200,000. 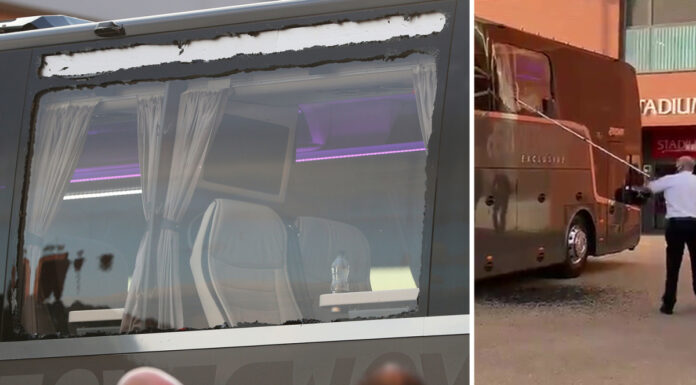