The FAI will not be receiving 4.3 million euro that will be distributed by UEFA to member associations during the pandemic.

236.5 million euro is being made available without conditions to cover essential costs.

The money comes from UEFA’s ‘Hat Trick’ programme, but the FAI were already advanced the funds from this programme earlier than usual back in 2018.

UEFA also assisted the FAI when they received an emergency restructuring of their finances back in January.

Tottenham Hotspur’s players will be allowed access to the club’s training complex in Enfield, London from today.

Only one player will be allowed on a pitch at any one time, with a restricted number allowed to conduct running sessions each day.

Several Spurs players – along with manager Jose Mourinho – had to be reminded of their social distancing duties over the past month.

Arsenal, Brighton and West Ham United have also made their training grounds available in limited circumstances.

All of this comes after UK Culture Secretary Oliver Dowden said he was talking to the Premier League about resuming football as soon as possible once safe to do so.

Belgian clubs have postponed a vote deciding whether to end their season early.

Bruges looked set to be crowned champions after the Pro League’s Board of Directors proposed an early finish.

The 24 clubs will now meet next Monday as they await further clarity from the Belgian government.

Dutch officials called an early halt to their season on Friday which has led to threats of legal action from various clubs.

Stuart Lancaster has warned that rugby needs to be cautious as a return plan is implemented.

It’s unlikely any games will be played until late summer at the earliest due to the coronavirus pandemic.

The Leinster senior coach says player welfare needs to be the priority as various bodies begin redrawing the fixture calendar.

A date of July 5th is being pencilled in for the return of Formula 1 with the Austrian Grand Prix.

It’s intended there will be 15 to 18 races in the calendar. 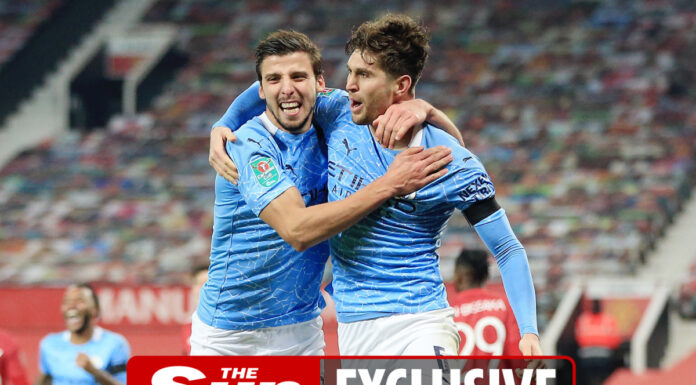 Cristiano Ronaldo will NOT need to give evidence against ex-model who accused him of...