Kilkenny manager Brian Cody will take charge of the county’s senior hurlers in the Championship for a 23rd year.

The 11 time All Ireland winner will be assisted by James McGarry and Martin Comerford, but DJ Carey has left the backroom team.

Kilkenny have not won the Liam McCarthy Cup since 2015.

Derek Lyng is to take charge of the Under 20s.

The Mitchelstown native replaces Benji Whelan on a two-year term.

The fate of this season’s Six Nations could rest with discussions being held today.

After forcing the suspension of this season’s Heineken Champions Cup, French authorities are meeting to decide their involvement in international rugby.

They’re concerned about the virulent British strain of COVID-19.

The Six Nations is due to get underway in just under four-weeks’ time.

The Premier League side’s blushes were spared as a late Craig Dawson header saw them win 1-nil at Stockport in the FA Cup.

Manchester United and Liverpool are set to meet twice inside a week.

The pair will clash at Old Trafford in the FA Cup fourth round a week after their top-of-the-table Premier League showdown at Anfield.

Chorley’s reward for reaching the fourth round of the FA Cup is a home tie against Premier League Wolves.

The lowest ranked team left in the competition will host Nuno Espirito Santo’s side after beating Derby County 2-nil at the weekend.

United have the chance to leapfrog Liverpool at the Premier League summit tonight.

Just a point away to Burnley will see Ole Gunnar Solskjaer’s side replace Liverpool at the top.

That kicks off at 8.15, as does the meeting of Wolves and Everton at Molineux.

And Sheffield United continue their hunt for a first league win of the season at 6pm when Newcastle visit Bramall Lane.

They conceded in injury time to draw 1-1 with Hibs, and trail Rangers by 21 points.

Ireland’s one-day series with the UAE is in jeopardy.

Today’s second meeting of the sides was postponed for a second time after 4 Emirates players tested positive for coronavirus.

The sides are due to meet twice more this week, but the UAE players have been asked to quarantine for an extended period.

New England Patriots coach Bill Belichick has turned down the offer by Donald Trump of a Presidential Medal of Freedom Award.

Belichick cited the riot at the US Capitol last week as the rationale behind not accepting the honour.

There’s an eight-race card at Fairyhouse today, with the first off at ten-to-twelve. 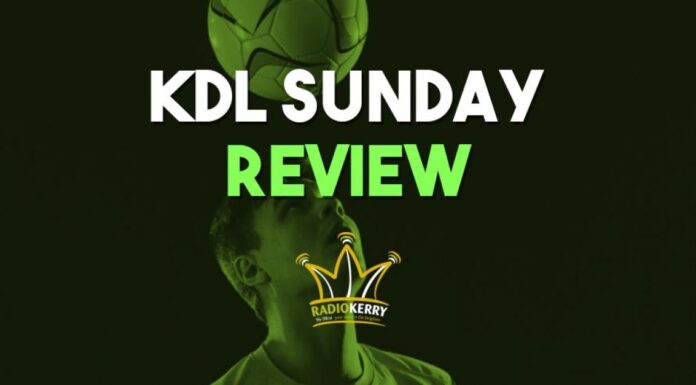