Cork claimed a first championship win over Kerry in eight years to book a place in the Munster Football Final.

Substitute Mark Keane scored a goal in injury time of extra time to win it for Cork on a scoreline of 1-12 to 13 points at Páirc Uí Chaoimh.

Ronan McCarthy’s side will face Tipperary in the Munster final in two weeks time.

Mayo are into the Connacht final for time since 2015 after a 1-16 to 13 points win over Roscommon at Dr. Hyde Park.

Laois, Meath and Kildare all advanced to the semi finals of the Leinster championship.

Meath hammered Wicklow 7-14 to 7 points and will now face Kildare affter the Lilywhites beat Offaly by 20 points to 16.

Down are into the Ulster Football semi finals following a 1-15 to 11 points win over Fermanagh – Down will play Cavan next Sunday.

The draw for the second round of the All-Ireland Hurling Championship qualifiers will take place just after 8.30 this morning.

All Ireland champions Tipperary will be in the hat along with Cork, Clare and Wexford for an open draw.

Sheffield United defender Enda Stevens has been ruled out of the Republic of Ireland’s games against England, Wales and Bulgaria due to a knee injury he picked up against Chelsea on Saturday.

Nottingham Forest defender Cyrus Christie has been called into the squad as a replacement.

Stephen Kenny’s squad will train in Barnet today and tomorrow ahead of Thursday’s friendly against England at Wembley.

The European and relegation places will be decided on the final night of games in the SSE Airtricity Premier Division.

Dundalk can guarantee Europa League football for next season if they beat Sligo Rovers at Oriel Park.

Should Dundalk lose, Waterford can move above them in the table if they can beat Finn Harps at Ballybofey.

Harps need a win to have any chance of avoiding a relegation-promotion play-off against Longford – a win would only be good enough if Shelbourne lose at home to champions Shamrock Rovers.

A draw for Shels may be enough depending on goal difference.

All those matches get underway at 7.30.

Leicester go into the international break as Premier League leaders.

A 1-nil win at home to Wolves leaves them a point clear of Tottenham, who won at West Brom by the same score.

Champions Liverpool are level with Spurs on 17 points after a 1-all draw away to Manchester City.

Aston Villa are up to sixth following a 3-nil win at Arsenal.

Rangers remain 9 points clear at the top of the Scottish Premiership.

Elsewhere, Celtic were 4-1 winners at Motherwell.

Shane Lowry finished in a share of 11th place at the Houston Open.

The Open champion, who plays at the Masters this week, ended up on 6 under par, seven shots behind the winner Carlos Ortiz of Mexico.

Padraig Harrington finished up on 1 under – Graeme McDowell was 1 over.

Leinster continued their perfect start to the new Pro14 season with a 26-7 win away to the Ospreys.

Ulster take on the Glasgow Warriors at the Kingspan Stadium tonight from 8.15.

Northern Ireland’s Mark Allen beat Neil Robertson by 10 frames to 6 in the Champion of Champions decider in Milton Keynes.

There’s an eight race card at Dundalk where the first goes to post at 2. 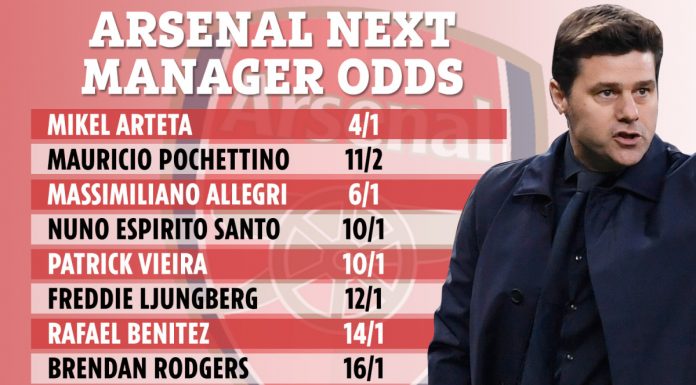