Former England defender Gary Neville feels players should be empowered to walk off the pitch in protest at racist abuse.

Chelsea’s 2-nil Premier League win away to Tottenham yesterday was temporarily stopped, after their defender Antonio Rudiger reported he’d been the target of racism.

In the game itself, Willian netted both goals to help keep his side in fourth place.

Spurs finished with ten men after Son Heung-Min was shown a straight red card in the second half for violent conduct. .

Tottenham are in seventh.

Watford, meanwhile, gave their hopes of survival a boost with a 2-nil win over Manchester United.

Paul Pogba made his long awaited return for United after ankle surgery as a second half substitute.

Ole Gunnar Solskjaer’s side are in eighth place, seven points adrift of fourth.

Watford remain bottom, but move level on points with Norwich in 19th.

Everton will submit a final planning application for their new stadium later today.

They’re looking to move from Goodison Park to a 52-thousand seater ground at Bramley-Moore Dock.

It’s estimated it will contribute a 1-billion pound boost to Liverpool’s economy – and create up to 15-thousand new jobs.

But eighth seed James Wade is out after losing 4-2 to veteran Steve Beaton. 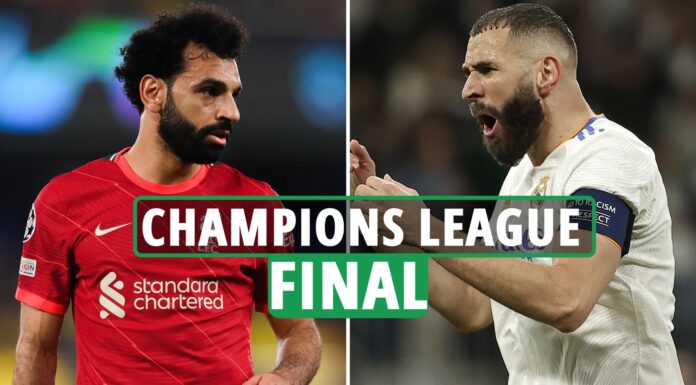 When is Champions League final? Date, kick-off time and TV channel for HUGE event in Paris