Sigo are out of the 2020 All Ireland senior football championship without kicking a ball.

An outbreak of Covid-19 in their panel has seen them concede this Saturday’s Connacht semi final to Galway.

The county board say they have taken the “tough decision” to withdraw from this weekend’s game due to “unforseen circumstances”.

They have also expressed their frustration at the lack of an available re-fixture.

Galway now go straight through to the Connacht final on Sunday the 15th, where they will take on either Mayo or Roscommon.

Liverpool and Manchester City both moved within touching distance of a place in the last 16 of the Champions League last night.

Liverpool made 3 wins from three with a 5-nil thrashing of Atalanta.

Manchester City also made a big step towards the last 16 with a 3-nil victory over Olympiakos last night.

Next up in the Premier League is a clash with champions Liverpool on Sunday.

Boss Pep Guardiola feels his side are improving.

Manchester United can put their poor Premier League form behind them tonight, when they return to Champions League action.

They’ll look to follow City and Liverpool by maintaining their 100 percent European record as they play Istanbul Basaksehir (pr: Bashak-sheh-hear) in Turkey at 5 to 6.

In the Sky Bet Championship, Second-placed Swansea came from behind to salvage a 1-all draw at Brentford last night.

Reading can extend their three point lead at the top if they win at home to Preston this evening.

Diego Maradona’s successfully undergone surgery for a suspected bleed on the brain.

The 60-year-old Argentinian was admitted to hospital yesterday.

His doctor told reporters he’s been psychologically unwell, which has impacted his physical health.

The 1986 World Cup winner will continue his recovery at a private clinic outside Buenos Aires.

Shamrock Rovers will get their hands on the SSE Airtricity Premier Division trophy for the first time in nine years tonight.

Stephen Bradley’s side play St. Pat’s in their final home game of the season.

Rovers have reminded fans to not congregate outside Tallaght Stadium owing to the level-5 coronavirus restrictions.

South Africa’s touted move to the 6 Nations Championship is now off the table.

South Africa rugby have released a statement this morning, saying they have committed to playing in the southern hemisphere’s Rugby Championship until 2030.

The tournament will be restructured to include a 12-match format with teams playing each other on a home or away basis.

SA Rugby’s CEO Jurie Roux says they welcome the proposed changes, which could see the tournament expanded in the future.

After yesterday’s time-trial, an undulating fourteenth stage of the Vuelta Espana awaits the peloton today.

There’s a busy day in Dundalk with an eight-race this afternoon, the first off at 2.05. 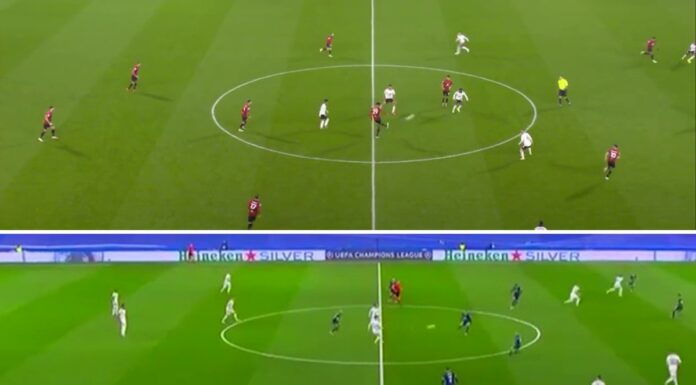 For the First Time in NFL History, an All-Black Crew Will Officiate an NFL...