The race for Champions League football looks like it will go down to the wire.

Defeat for the Blades dents their hopes of securing a Europa League spot.

Goals in either half from Marcus Rashford and Anthony Martial secured a 2-nil win away to Crystal Palace.

Brighton are all-but safe following a 1-1 draw away to Southampton.

Aston Villa are three-points from safety after a 1-1 draw at Everton.

There’s a huge game at the bottom of the table tonight.

A win for either West Ham United or Watford at the London Stadium can all but assure their survival.

Leeds United are just a point away from the promised land of the Premier League.

Their 1-nil win over Barnsley in the Championship leaves them needing just a draw from their remaining games against Derby and Charlton.

West Brom can take another step towards promotion this evening with a win at Huddersfield.

Karim Benzema struck twice in a 2-1 win over Villareal.

Rory McIlroy is 2 under par after round one of the Memorial Tournament in Ohio.

The lead is held on 6 under par by the American Tony Finau.

Shane Lowry is 1 over and Graeme McDowell is 7 over par.

Tiger Woods is 1 under.

And there’s an eight-race card at Limerick this afternoon with the first off at 1 o’clock.

A seven race programme at Kilbeggan gets underway at 4.45. 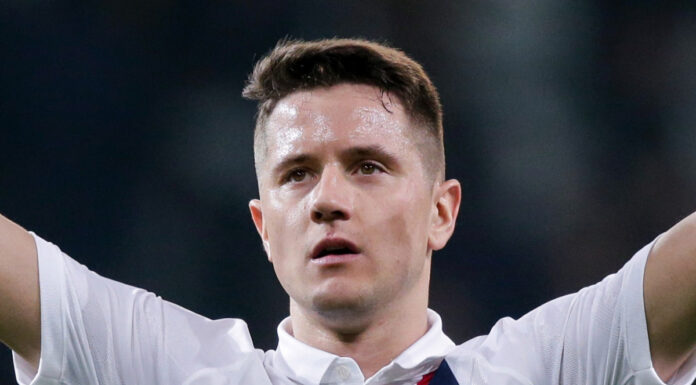