Paul Pogba’s second half introduction salvaged a point for Manchester United away to Tottenham in the Premier League last night.

He won an 81st minute penalty that was converted by Bruno Fernandes.

Steven Bergwijn had given Spurs a first half lead.

1-1 was the final score at the Tottenham Stadium.

Meanwhile, Norwich remain six points from safety after a 3-nil defeat at home to Southampton.

Today’s the busiest day since the Premier League’s resumption, with four games across the day.

First up at 12.30, Leicester can strengthen their grip on third with a win at Watford.

At 3, Arsenal will look to recover from Wednesday’s pasting at Manchester City when they go to Brighton.

West Ham continue their battle against the drop at 5.30 when Wolves visit the London Stadium.

And at 7.45, third-from-bottom Bournemouth take on Crystal Palace.

The Championship resumes this afternoon, and West Brom have the chance to go top.

With Leeds not playing until tomorrow, just a point at home to Birmingham will be enough to see Slaven Bilic’s side assume the summit.

And Nottingham Forest manager Sabri Lamouchi celebrates his new contract with a trip to Sheffield Wednesday.

The GAA has welcomed the Government’s 70-million relief package for Irish sport.

40-million of that will be made available to the GAA, the IRFU and the FAI collectively.

The GAA are spending this weekend discussing how the Government’s sped-up COVID-19 roadmap impacts on their own.

A flawless second round of 65 saw Rory McIlroy haul himself into the weekend at the RBC Heritage.

The world number 1 had begun the day on 1-over, and finished on 5-under par.

Shane Lowry and Graeme McDowell both missed the cut by three shots.

Webb Simpson is the man to catch at Hilton Head on 12-under par.

The American complained of feeling unwell while heading to the first tee.

Watney has withdrawn from the RBC Heritage and will undergo a period of self-isolation.

Three Group Ones help bring Royal Ascot to a close this afternoon.

Pinatubo – who went off as favourite in the 2000 Guineas, but in the end finished third – heads the betting for the St. James’s Palace Stakes.

Favourite Sceptical is on a winning streak ahead of the Diamond Jubilee Stakes.

While 1000 Guineas favourite Quadrilateral looks like the horse to catch in the Coronation Stakes.

There’s also an eight-race card at Naas this afternoon with the first going to post at 2pm. 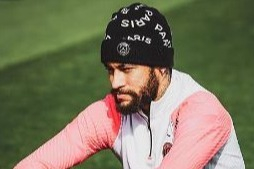