There has never been as much buzz surrounding the Morgan State University softball program as it has this season.

Though Morgan State didn’t lead in most statistical categories among other conference opponents, the team’s togetherness and resilience distinguished them from their contemporaries.

With a 10-5 win over North Carolina Central on May 15, the Bears earned a MEAC championship and an appearance in the NCAA Tournament for the first time in the 28-year history of the program.

In recent years, MSU hasn’t been known for its success in softball. Instead, softball preeminence has belonged mainly to the conference teams in the southern states, namely Bethune-Cookman and Florida A&M.

In the opening round of the NCAA Tournament in Norman, Okla., the Bears lost 19-0 to top-seeded Oklahoma, then lost its elimination game 10-3 in a hard-fought effort against Texas A&M, bringing a close to a historic run that earned the respect of the Morgan State campus community and local sports community.

The momentous achievement meant even more considering the team is coming off a canceled season in 2020 and four canceled weeks of this season due to concerns resulting from the coronavirus pandemic.

“For the girls and me to be able to bring home a championship was gratifying for me personally but also to be able to have the university celebrate it as well, given all the things that happened over at Morgan, I think this was good in addition to that,” said Coach Larry Hineline, who has just completed his seventh year as head of the program.

“It was good for the community. That’s really what’s gratifying to me.”

Another component that set MSU apart from its competition can be attributed to its depth, Hineline said. He was able to use multiple pitchers on the mound throughout the conference championship game and made adjustments in the infield, which wound up working to MSU’s advantage.

On paper, MSU didn’t necessarily appear to be the premier club in the conference as far as batting and in some defensive categories, Hineline added, but playing as a team is primarily what carried the program to historical success. However, sophomore Deborah Hamilton was the leading hitter in the MEAC with a .438 batting average.

“We weren’t the top team statistically. I mean we won the most games, and we won the league tournament, but we like third in hitting, third in pitching, third in fielding, so it truly was a team effort,” said Hineline, a native of East Baltimore

“We had no position players on the first or second-team All-MEAC, so that tells you something… The team is bigger than the individual.”

The program also had a solid core of senior leadership, including Rundlett, Maya McIntyre, Jailan Young and Meikel Turner.

“I think the biggest takeaway from this entire experience was to be able to represent my school and at that, an HBCU,” said Turner, a left fielder from Dumfries, Va.

“It’s the best way to go out as a senior. I felt like I had the best of both worlds. I got to graduate on top of that win in the MEAC championship, and then on top of that play the No. 1 seed in the entire country. Whether we lost or won, I feel like I won so it meant a lot to me.”

Turner, a psychology major, graduated on May 15, has been accepted into graduate school at the University of Kansas and has aspirations of becoming a forensic psychologist.

Turner has been with the softball program all four years as her role expanded season by season. Her best performances came against Coppin State on May 2, when she was 2-for-4 at bat and recorded a run and two RBI, and against Norfolk State on March 14, when she went 2-for-3 and finished with a double and three RBI.

Accordingly, she feels that she has left her mark on the program.

“Also, I’ve been told I’m a very clutch player. So that, on top of my attitude, I feel like I’ve left a mark.” 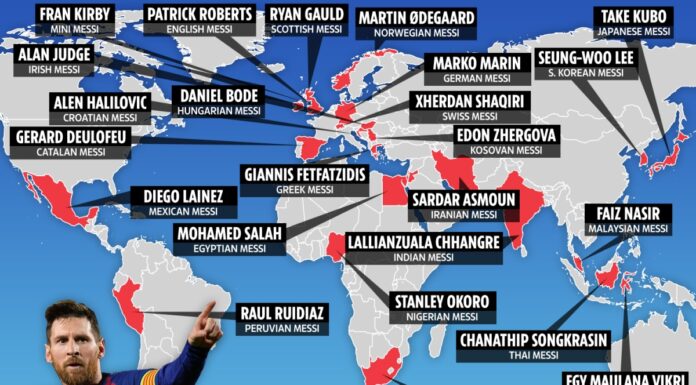 What happened to players called the ‘Next Messi’, from youngest LaLiga star Romero to ex-Man City ace Patrick Roberts – The Sun

Tottenham star Dele Alli set to return against Arsenal as he trains with first-team...