The Egyptian pounced on a poor pass before prodding the ball past the helpless goalkeeper to give the Reds an early lead.

Their Danish hosts did manage to peg them back to 1-1, in what was essentially a dead rubber.

But there was nothing meaningless about Salah’s achievement.

In scoring yet again, the 28-year-old overtook Steven Gerrard as Liverpool’s top scorer in the Champions League, with 22 strikes.

After the match, he said: “It’s a great feeling of course, to be the top scorer in the club’s history, something I’m proud of.

“I need to keep going like that and scoring more goals and maybe make the gap bigger with the others, I’m trying all the time to score goals, to help the team win games – that’s the most important thing.”

Salah netted his first in August 2017, when he helped Jurgen Klopp’s side overcome Hoffenheim in the qualifying round.

He went on to add ten more strikes in the Champions League proper that season as the Reds marched to the final, including key efforts in knockout matches against Manchester City and AS Roma.

The final was marred by his injury, however, as Liverpool lost to Real Madrid in Kiev. 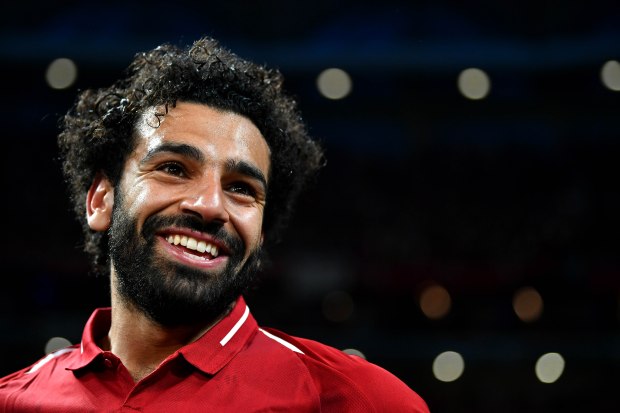 But he roared back the next season, netting five goals in 12 outings, including the opener in the final as the Reds beat Spurs 2-0 to lift their sixth European crown.

He added four last term, and has three already this time out.

Gerrard, meanwhile, bagged his first all the way back in October 2001 against Dynamo Kiev.

And among his other 20, the most famous was his goal in Istanbul in the 2005 final, as he inspired his side to a famous comeback against AC Milan.

“It’s a great feeling to be the top scorer for the club’s history. It’s something I’m proud of.” 🇪🇬👑