Bobby Mitchell always managed to rise to the moment with grace and splendor.  When he was acquired from the Cleveland Browns in 1962, Washington became the final team in the NFL to integrate, although it was against owner George Preston Marshall’s wishes.

Marshall rolled out the welcome mat for what would become a Hall of Fame player by forcing Mitchell to endure a humiliating display of racism. During the team’s welcome home luncheon after training camp, the audience began singing a Confederate Classic – “Dixie.” Mitchell, who was the only African American in the room, told the story to NFL Films and many say him overcoming experiences such as that made Mitchell the man he was.

Mitchell passed away on April 5 at the age 84.

Although he was treated poorly and said,“some things [were] said to me [in D.C.] that I didn’t hear growing up in Arkansas,” he became an all time great receiver after trending in that direction as running back with the Browns. The great Jim Brown, who ultimately replaced him on Lake Erie, remembered, “you can’t put another guy against him and tell me he was better than our guy Bobby Mitchell. He was rough.”

He spent seven seasons in Washington and led the NFL in receiving yards in 1962 and 1963. Mitchell still ranks in the top 10 of the team’s history in three statistical categories.  His 6,492 receiving yards ranks fifth, 49 touchdowns are sixth and the 393 receptions eighth.

Mitchell has a legacy of being great, yet unwanted. He was quiet yet spoke with a big voice. Known as a player with break away speed, Mitchell was stronger than he looked.  Mitchell never has been truly appreciated for his understated activism, but his image remains a shadow of the Black Power in sports movement of the 1960’s. In one of the iconic photos of his era, Mitchell was captured among a group of legendary athletes who would become faces of the Civil Rights movement in sports.

During what came to be known as the “Ali Summit” in 1967, Brown, Bill Russell, Kareem Abdul-Jabbar, (Lew Alcindor), Carl Stokes, Walter Beach, Sid Williams, Curtis McClinton, Willie Davis, Jim Shorter, John Wooten and Mitchell were photographed after an intense meeting with the deposed world heavyweight champion, Muhammad Ali.  There are accounts that the summit was about capitalism or activism to support Ali’s decision not to fight in Vietnam.

Fight promoter Bob Arum of Top Rank Productions claims the athletes were there to convince Ali to enlist in the U.S. Army and fight on closed circuit at theatres and major arenas around the country while they get a cut of the sales in their markets. Mitchell was drafted into the military and served while playing for the Browns.  Mitchell told the Big Ten Network that he left the “Ali Summit” with a profound respect for the boxer known as “The Greatest.”

“He whipped us,” Mitchell said.  “We couldn’t come up with that question he couldn’t answer.”

Accounts say the tribunal with Ali lasted around four hours to investigate his sincerity before emerging convinced that Ali was true to his beliefs. The meeting concluded with a press conference where all the assembled athletes symbolically stood behind Ali in solidarity for his cause.

In nearly a half century of loyalty to a franchise that didn’t want him, Mitchell was a rock that stood for something. He was in the front office for every trip they made to the Super Bowl and was a testament to class through the trying times before the halcyon days of championships through the embarrassing fiascos of this era.  In 2017 he told Big Ten Network that if he were in Colin Kaepernick’s shoes he would have stood for the National Anthem.

Mitchell may have never taken a knee, but there are many who played pro football in D.C. that stood on the back of his greatness on and off the field. 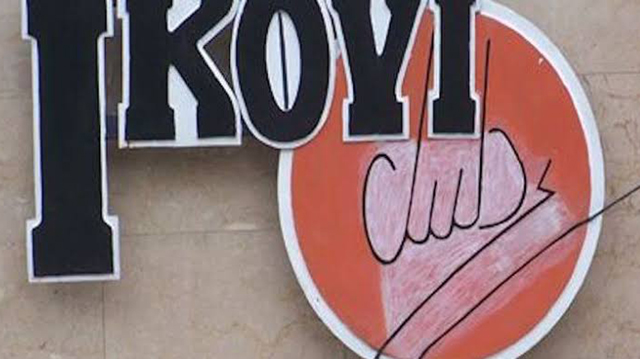