The most significant event in sports this year may be a boxing battle between two former champions in their 50s.

Once described as the “Baddest Man on the Planet,” former heavyweight champion Mike Tyson is returning to the ring at age 54. Tyson is planning to make a stunning return to the ring on Sept. 12, he announced in a tweet.

“Iron Mike” will fight an eight-round exhibition against another former heavyweight champion, Roy Jones Jr., who is also 51. The fighters will not use protective headgear, as is typical for exhibition bouts, but will use 20-ounce gloves, heavier than is typical for even heavyweight fighters, who weigh more than 200 lbs and usually contest fights with 12-once gloves. Added padding is meant to provide better protection. Fighters older than 40 usually use 16-ounce gloves in competitive contests, though in his prime, Mike Tyson’s partners insisted the champion wear 18-ounce gloves so they would be better protected from his punches.

The fight will take place behind closed doors at Dignity Health Sports Park in California and be broadcast on pay-per-view.

“You all still want to see these hands go? You all know I don’t know how to say, no,” said Roy Jones Jr. in a video posted on Twitter.

In the footage, Roy Jones Jr., who like Tyson is considered one of the all-time greats of the sport, suggests he would have preferred to fight Tyson in 2003. Earlier this year, another former boxing champion, Andre Ward, said Jones turned down $40 million for a world title contest between the two in 2003. Jones first expressed interest in facing Tyson last month.

Then, Tyson was in the closing stages of his career, having lost to British heavyweight champion Lennox Lewis in a title fight in 2002. Instead, Jones returned to the light heavyweight division, losing two of three matches in a memorable trilogy with Antonio Tarver before his career cooled.

Tyson took to social media to post a series of videos showing off a renewed hunger for the sport with a series of training videos that suggest the 54-year-old still has much of the explosive punching power that brought 44 of his 54 wins by knockout. A promotional video released by Tyson to promote the fight also shows that Tyson and Jones both appear to have some gas left in the tank. The fight will be broadcast on pay-per-view and on the multimedia platform Triller, which is producing a ten-part docu series about the fight.

The bout comes as several other former boxing greats have teased comebacks in recent months. Former British world champion Nigel Benn announced that he would be returning to boxing at the age of 55 last year, more than 23 years since his last fight. Benn’s return was called off due to a sparring injury.

Besides the financial motivation, many of these former boxing stars seem inspired to end their boxing careers on a high note. Like Tyson, Oscar De La Hoya’s final fight was a stoppage loss. Tyson retired in 2005 following two back-to-back losses.

“Human beings are not meant to be humbled,” Tyson said in a promotional video to promote the fight.

Tyson appears to hope that many other former stars feel the same. His fight with Roy Jones Jr. will be the first event for a new “Legends Only League” series Tyson announced he is co-founding in another video released on social media Thursday. Legends Only League will pit nominally retired sports stars including boxers, soccer, basketball and baseball players in undisclosed competitive matches within their respective sports. 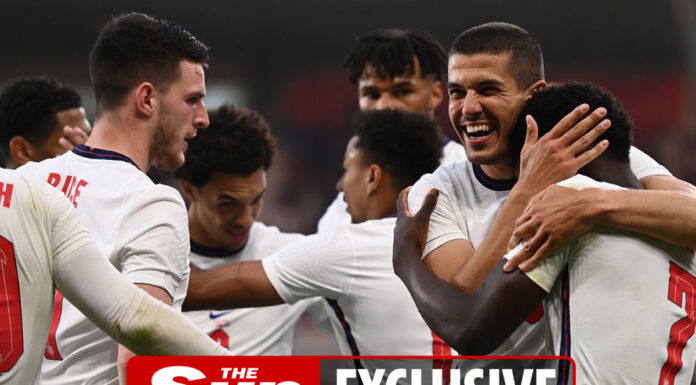 England WILL go all the way at Euro 2020, claims Harry Redknapp – who says there will never be a better chance to win...