MICAH RICHARDS allegedly had to pull out of Sky Sports’ coverage for tonight’s match between Chelsea and Manchester City due to sickness.

The much-loved pundit, 34, has become a huge hit with supporters since hanging up his boots to turn his hand to punditry.

The former England defender, who represented Man City, Fiorentina and Aston Villa as a player, is a regular for both BBC and Sky Sports now.

He was due to watch his old employers the Cityzens, who beat Chelsea 1-0 tonight, at Stamford Bridge.

However, with just around 12 minutes of normal time to go, Jamie Carragher confirmed that Richards was absent due to illness.

The Liverpool legend was commentating on the game, and he wished his colleague a speedy recovery. 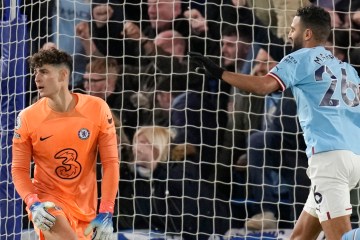 And it did not take long for a host of Richards’ own fan base to take to Twitter to offer their own well wishes.

One wrote: “Get well soon @MicahRichards!”

Along with a love heart emoji, another tweeted: “Feel better soon @MicahRichards.”

While another added: “Sorry to hear you’re not well ,great result ! Get well soon my favourite pundit .Come on you Blues.”

It comes after Richards fired a warning to football’s budding superstars over the dangers of becoming rich overnight by revealing his worrying spending habits as a youngster.

The retired defender-turned-Sky Sports pundit burst onto the scene at Manchester City in 2005 – signing a big-money contract in the same year – aged just 17.

revealed he came into so much money overnight he impulsively spent it.

The fan-favourite pundit bought supercars, a luxury mansion in the footballers’ paradise of Hale and even splashed out over £100,000 on a single night out. 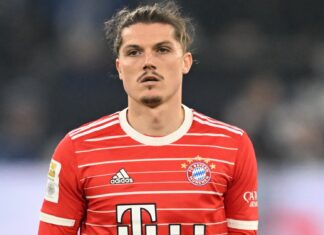