MEXICO’S sexiest fan saw off 2022 in style by stunning in a topless bath video.

That’s before heading out for a glam New Year’s Eve night on the town.

Weather girl and model Yanet Garcia gave her 14.8million Instagram followers an eyeful to see out the year.

Having treated fans to a similar present at Christmas, the 32-year-old first uploaded a video of herself enjoying a naked bath.

And Garcia then seductively tucked into a feast, including some juicy grapes.

As the hours ticked down towards midnight, Mexico’s favourite fan then went on a night out with pals to Tao Nightclub in New York.

Garcia enjoyed a variety of drinks and cocktails before enjoying some entertainment from in-house dancers.

Garcia couldn’t resist the fun herself as she eventually got on her dancing shoes.

And the social media sensation certainly saw in 2023 in style.

Garcia made a splash last year by declaring herself as Mexico’s sexiest fan.

The weather girl showed her support in a variety of sultry snaps.

And one popular picture with fans saw Garcia strip down to just red lingerie with a mesh dress over the top.

Garcia was just one of numerous “sexiest fans” showing their support for their country at the World Cup.

Croatia’s Ivana Knoll made a splash as she stole the show in Qatar.

And England were cheered on by adult content creator Bonnie Brown before crashing out to France in the quarters. 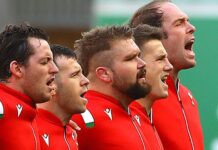 sportslatestnews - February 2, 2023
0
MASON Greenwood today had all charges of attempted rape, assault and coercive control against him dropped. The Manchester United striker, 21, was first arrested...