In his ninth NFL season, Mark Ingram rambled for 1,018 yards as part of the most prolific running attack in the history of the league.

For an encore, Ingram intends to cap a decade of bullish carries up the middle by helping the Baltimore Ravens break their own single-season record of 3,296 yards rushing.

“We’ll be doing everything we can to try to top that mark this year,” Ingram said on Sept. 9. “It’s going to take a lot of hard work, a lot of execution and a lot of dedication, but we’re looking forward to it.”

Hard work and dedication are traits Ingram has carried with him since entering the league with New Orleans in 2011. Although he’s 30 years old and has toted the ball more than 1,500 times, Ingram has yet to show his age or lose the drive to excel.

In 2019, he averaged five yards a carry and reached the 1,000-yard mark for the third time in four years. He also caught 26 passes for 247 yards and five touchdowns, part of his career-best 15 scores.

Old man? To the contrary, seems like Ingram is hitting his groove.

“The running back aging curve is a steep one (but) when I look at Mark’s skill set, he’s super athletic, he’s powerful, he has great vision, great contact balance,” Ravens Running Back Coach Matt Weiss said. “None of those things deteriorate quickly with age. In fact, many of them get better with age. That’s what I see from Mark.”

Ingram suffered a calf injury late last season and was limited to 22 yards on six carries in Baltimore’s playoff loss to Tennessee. He worked tirelessly during the offseason to get back to form, and now he’s fully prepared to take on Cleveland in the season opener Sunday.

“I know my assignments. I’m comfortable in my second year here in the offense,” Ingram said. “Mentally and physically and emotionally, I feel great. I’m thankful and blessed for a 10th year.”

Despite breaking the rushing record last season, the Ravens drafted Ohio State star J.K. Dobbins in the second round and now have four running backs on the roster.

“I’ve never seen a team that didn’t either bring in a running back or draft a running back. That’s the norm,” Ingram said. “So it didn’t surprise me. I think that it was the high-value pick right there.”

Ingram knows Dobbins, Gus Edwards and Justice Hill might ultimately cut into his workload and leave him with fewer than the 202 attempts he had last year. But the goal is to get to the Super Bowl, and Ingram understands the role he’s expected to play in the locker room and on the sideline.

“I had a lot of older guys when I got to New Orleans,” he recalled. “I was there with Darren Sproles, (the late) Will Smith, rest in peace, and Marques Colston. Just a number of guys that gave a helping hand to me.”

Ingram, in turn, has been helping Dobbins.

“I’m going to learn from the older guys,” the rookie said. “Mark Ingram, he won a Heisman Trophy and has been in the league for 10 years. My main objective is to come in and learn, compete and however the chips fall, that’s how they fall.”

Odds are, Lamar Jackson will more often than not be handing the ball off to the most seasoned player in the group.

“He’s just a pro. He’s one of the best backs in football, at least,” coach John Harbaugh said of Ingram. “He’s always been a high pedigree, premier player his whole career. That hasn’t changed. We felt that way when we played against him, and we feel even stronger about that now that he’s on our team.” 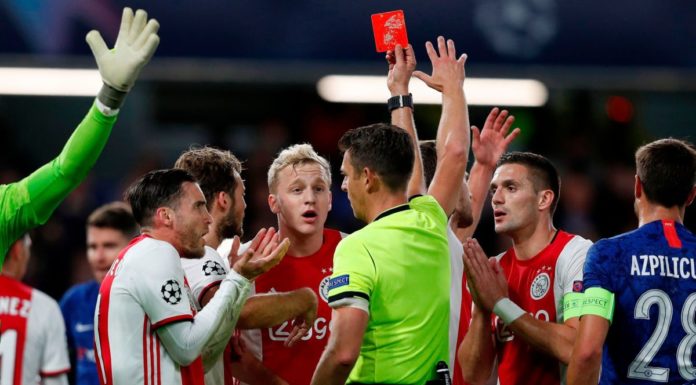