Tuesday was a landmark day for Olympic skier Manuel Osborne-Paradis. He was back to squatting in the gym.

For most elite athletes, being able to squat is a given. But only a year and three days after suffering a catastrophic leg injury in competition at Lake Louise, Alta., Tuesday was an achievement for the Invermere, B.C., resident.

“People ask me, ‘How are you doing? At what step would you be on to racing?’” Osborne-Paradis said Tuesday.

“And I’m like, ‘Well, a two out of ten. There’s a long way to go before I can start racing and then be one of the better guys in the world.’”

Osborne-Paradis was in Calgary meeting with a few of his many support staff, including six doctors, four physiotherapists, two sports psychologists, four trainers, an osteopath, a chiropractor and a power skating coach, to move into the next month-long phase of his return to downhill skiing.


READ MORE:
Why insider says 2026 Olympics wouldn’t have been good fit for Calgary

The Vancouver-born Olympian sees the next block of training as an opportunity “to get a sweat on” and hopes to be on skis in the next six weeks.

“But you start at square one. That’s almost snowplowing again and getting the bone used to it, getting the muscles activated.”

On Nov. 21, 2018, Osborne-Paradis left the gate on his World Cup downhill run feeling that he could add to his 11 World Cup medals.

A miscalculation saw him run a turn a bit wide, hit some soft snow and go careening into the protective fencing.

Osborne-Paradis shattered his tibia and fibula — two lower leg bones — and there was concern the four-time Olympian might lose his leg.

After nine surgeries — including a 6-hour major surgery — and the use of 14 screws, doctors were able to reconstruct most of his left leg.

The fracture was rated 5 out of 6 on the Schatzker classification scale, the widely used severity system used by orthopedic surgeons to assess the initial injury.

“Pretty much from where my boot line is, up, was replaced. They put a hip bone in there and then rebuilt the top of the tibial plateau (where the shin bone joins the knee) with bone cement.”

Osborne-Paradis posted the video of his 2018 crash to Instagram less than a month after the incident, using the hashtag #partofthegame.

“It doesn’t really irk me,” Osborne-Paradis says of rewatching the crash. “It’s not an eerie sensation or feeling, because it wasn’t a gnarly crash.

“I think this would be tougher if it was like a Brian Stemmle or Todd Brooker crash where there’s some fear to get over.

“I think the hardest part to swallow is that I was skiing the best I ever skied.”

Osborne-Paradis said he’s crashed in many races, including in 2011 when he tore his ACL.

He was sidelined for nine months after that injury. Osborne-Paradis is looking at about a two-year timeline with this injury, which already suffered a setback when he broke nine of the 14 screws in his leg.


READ MORE:
Top 5 sports and activities that land Canadians in the hospital

Recovering from the surgeries was the first step for Osborne-Paradis, Dr. Matt Jordan, director of sports science at the Canadian Sport Institute said. The four-time Olympian will then get back to skiing, and then work to improve his performance with an eye on the 2022 Winter Olympics in Beijing.

“It’s realistic,” Dr. Jordan said. “Alpine skiers, when you look at the data, their ability to come back after big injuries is pretty likely.

While making Team Canada for 2022 is a goal, Osborne-Paradis just wants to win another race.

“It’s eluded me since my last injury,” he said. “I haven’t won a race since my ACL (tear). I’ve been second multiple times. I’ve been third. I’ve had a ton of fourths, but winning has eluded me — it’s so close.”

On Sunday, Osborne-Paradis stepped back into his ski boots for just the second time since his accident, saying the first time was “kind of eerie.” Where before it was difficult to fit his foot in the boot, now it’s easy and pain-free.

His left boot will be fitted with a brace that comes up to his knee, which will support more than just his left shin.

“It’s so smart because, neurologically, my brain will be worried about the top of my ski boot for a while.

“Are you going to ski well and with a lot of feeling with this thing? No. But being able to push on the front of the ski boot, worry-free, will take away a lot of bad habits that that may arise by not having (the brace).”

The 35-year-old athlete is also training his brain while his body heals, attending Harvard Business School for a sports management program.

“In skiing, you’re always learning and you’re always adapting,” Osborne-Paradis said. “I felt like that was a void in my life when I was injured last time — that I just stuck to the gym and I had put my head down and I didn’t grow. And I regretted that.”

‘A good time to make a baby’

As excited as Osborne-Paradis is about getting back on the slopes and returning to competitive skiing, he’s also excited to welcome a new addition to his family in March.

“Injuries are a good time to make a baby,” he said.

“Mason Raymond lives down the street from us in Invermere. He came over and he said, ‘When I broke my back, I made a baby. Are you making a baby?’”

Osborne-Paradis said, as soon as he wasn’t the immobile “baby” in the house, he and his wife Lana started making plans to bring in a sibling to his 3-year-old daughter Sloane.

“That’s probably the most exciting part — I’ll be around.”

At which point Osborne-Paradis hopes to be less than a year away from his return to skiing with his family and in competition.

–with files from The Canadian Press 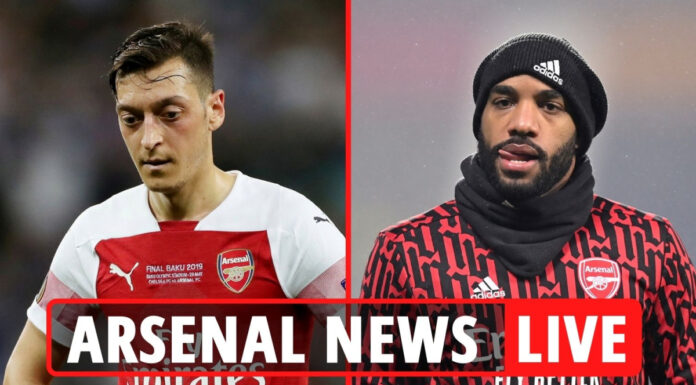