Having helped the Hammers to fifth in the Premier League, midfielder Soucek‘s profile soared even higher with a hat-trick in the Czech Republic’s 6-2 rout of Estonia in Wednesday’s World Cup qualifying opener.

But former England and West Ham left-back Pearce claims Soucek, 26, is as content to stay as West Ham are keen to keep him.

Asked if the ex-Slavia Prague star might depart, Pearce told talkSPORT: “No, he’s happy here and he’s not going anywhere, that’s for sure.

“He’s been brilliant here, I’ve got to say. Dave [Moyes] brought him into the club in January of last season and since then he’s just been brilliant.

“He’s got a wonderful attitude to work, on his days off he comes in to work, he’s just really an absolute pleasure to work with.

“As a man he is top quality. He and [Vladimir] Coufal, the two Czech boys, they’ve both been brilliant.

“And Tomas can be a handful, too. England will face Czech Republic in the [Euro 2020] group stages and his ability in both boxes is very, very good.”

Soucek has outshone more established Prem stars this term, leaving many to suggest the so-called Big Six were dozing when the Hammers signed him in January last year for £19.1million.

And pundit Chris Sutton feels Arsenal, in particular, should rue missing out.

The former England striker told Radio 5 Live: “Would Arsenal fans like Soucek in their midfield, right now? Of course they would.

“David Moyes and West Ham had a better eye than every other Premier League club – and the Arsenal’s scouts were sleeping, that’s a fact.” 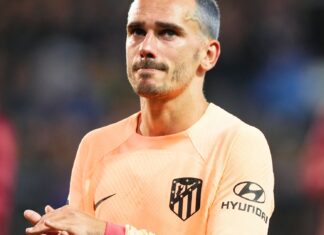