MANCHESTER UNITED came from behind TWICE to beat Aston Villa 4-2 in the Carabao Cup.

Ollie Watkins opened the scoring for the visitors, ghosting in behind Man Utd captain Harry Maguire.

The striker, who missed out on England’s World Cup squad, lifted the ball over Martin Dubravka finishing off a well-worked move.

However, it didn’t take United long to draw level.

Diogo Dalot found Bruno Fernandes in behind Villa’s backline with a searching ball.

The Red Devils No8 then squared it to Anthony Martial, who tapped home from close range. 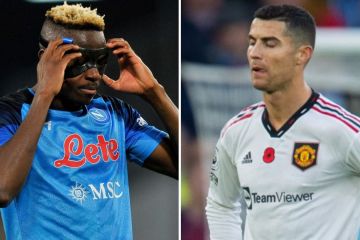 The equaliser didn’t deter Villa, who continued to press for a winner.

And the restoration of their lead came through some good work by Leon Bailey, who forced Dalot to steer the ball into the back of his own net.

Didn’t have much to do in the opening 45.

Had no chance stopping Watkins’ opener with the England striker getting his shot off unopposed.

Chugged up and down the line, as per usual.

Caught napping for Villa’s goal and desperately tried to recover.

Redeemed himself with a searching ball down the line to Fernandes for Martial’s equaliser.

But then shot himself in the foot by turning Villa’s second into the back of his own net.

Arrived late on Ollie Watkins just before half-time and picked up a booking.

More minutes under his belt heading into the Qatar World Cup but his sluggish performance could be a cause for concern.

Couldn’t get near Watkins for Villa’s goal.

Should’ve scored a free header late on in the second half.

Didn’t put a foot wrong in the first half.

Held his line well and wasn’t at fault for the first goal, with that coming down Dalot and Maguire’s side.

Man Utd’s biggest attacking threat in the first half.

The flying Dutchman overlapped Rashford well but saw multiple crosses be blocked in the first half.

A decent performance, putting his Europa League horrors behind him.

Could start to push Luke Shaw for the starting spot again in the New Year.

Stopped Douglas Luiz from opening the scoring, clearing the ball off the line from a direct corner in the first half.

Picked up the first booking of the game, clattering United legend Ashley Young.

Was the more defensive of the midfield pairing until Fred’s substitution.

Got forward in the latter stages and got his goal.

Played a more advanced midfield role while McTominay did the sweeping.

Was slow to pick up Jacob Ramsey for Villa’s opener.

Focus has probably shifted to the World Cup, where Brazil are favourites.

Was subbed for Christian Eriksen.

Played out wide to allow Van De Beek to play through the middle.

Played some clever passes into Martial at times and got the assist for United’s equaliser.

Scored the winner with a deflected effort, proving why he’s United’s main man.

Largely a passenger in the Red Devils team.

Really struggling to impress, even under Erik ten Hag, who managed him at Ajax.

Was subbed for Anthony Elanga.

Relatively quiet night for Rashford, who received good news earlier on Thursday that he was heading to Qatar.

Grabbed the equaliser after Villa made a mess of their defending.

The Frenchman is just returning to fitness and struggled to make an impact in the opening 45.

Got a goal on his return.

Was subbed for Alejandro Garnacho with just under half an hour to go.

Bright when he came on, proving he can compete against Premier League teams.

Added some much needed control to the midfield when he came on.

Didn’t have much to do when coming on.

His job was to keep it tight at the back and maintain United’s lead – which he did. 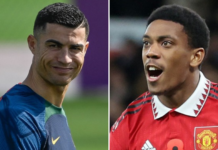 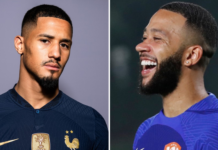 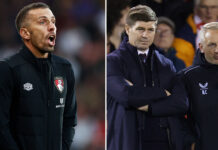 Bournemouth boss Gary O’Neil lines up Steven Gerrard’s former assistant Neil Critchley as no.2 if he gets permanent role 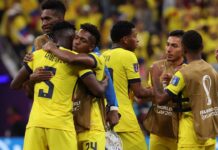 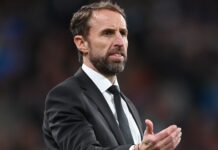 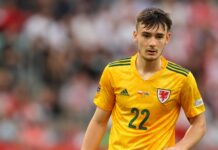 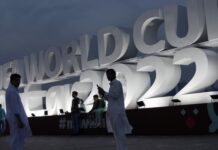 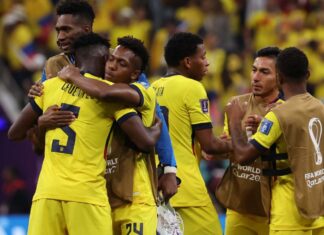