MANCHESTER UNITED have reportedly made an enquiry for Watford star Ismaila Sarr.

The Telegraph claims Ole Gunnar Solskjaer has turned his attention to the winger, 22, after struggling to strike a deal for Borussia Dortmund ace Jadon Sancho.

Sarr only joined Watford in 2019 from Stade Rennais for £30million, scoring five Premier League goals as the Hornets were relegated to the Championship.

Liverpool were leading the race for his £40m-rated signature earlier this summer.

And it now appears that Man United are in pole position for the highly-rated Senegal international.

Solskjaer has made just one signing this summer in £40m Ajax midfielder Donny van de Beek.

The Red Devils lost their opening Premier League game to Crystal Palace before narrowly beating Brighton at the weekend.

Fans are desperate to see some new faces arrive.

And Sarr could be one of two potential signings before next Monday’s transfer deadline.

The Brazilian has entered the final year of his contract with the Portuguese giants and is available for just £18m.

United are thought to have now met that valuation and Telles could be revealed as Solskjaer’s latest addition this week. 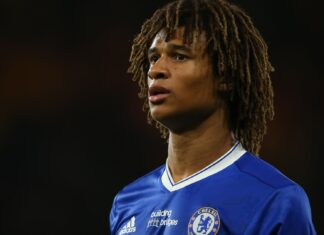 sportslatestnews - June 27, 2022
0
CHELSEA are keen to bring Nathan Ake back to Stamford Bridge, according to reports. The defender, 27, joined the Blues' academy in 2010 before...