Defender Stones, Kyle Walker, Raheem Sterling and Phil Foden are on a mission to bag a stunning clean sweep of trophies for City before setting their sights on Euro glory this summer.

The former Everton centre-back, whose team face San Marino in a World Cup qualifier on Thursday, said: “If we can bring that winning mentality into the England squad it would be invaluable.

“It would be massive for us if we can keep pushing and keep fighting at City until the end of the season and see what happens.

“I’d love everyone in the England squad to be coming in camp after winning something but that’s not possible.”

Stones, who has 39 caps, has not played for England since facing Montenegro in November 2019.

But he is certain to feature in the World Cup qualifiers which will also see the Three Lions visit Albania on Sunday and then entertain Poland on Tuesday.

And he revealed his nerves before getting the text saying he was in the squad.

“It was a relief. I was very nervous. I had worked so hard and I was hearing people say “you should be in”. But I didn’t take any of that in until the text arrived. I wanted to hear from a good source! I was absolutely made up. 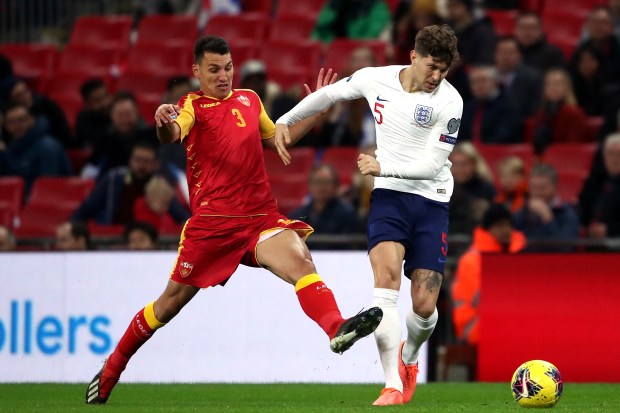 SINCE John Stones last played for England against Montenegro (above) the Three Lions have won six, drawn one and lost two.

“It was very tough watching England at home on TV and I think it would be the same for everyone.

“You feel a bit helpless that you can’t contribute and be a part of the squad, but I used it as a motivation to strive to be better.

“So when I got the text the other day, it was a great feeling to be back involved and see all the faces I’ve got some great memories with.

“Me and the manager texted now and then. We’ve worked together for so many years now, from the U21s. I’m sure he’s like that with everyone else. He’s that type of character and wants to make you feel involved, which is great.”

Boss Gareth Southgate has delivered a big speech to the squad stressing that the road to the World Cup in Qatar next year starts now.

He urged the importance of the three qualifiers and that the players should forget any negativity about the number of games they are having to play.

England’s players last night staged a meeting over whether to take the knee before the three games.

The squad are now aware they will not be breaking any rules if they choose to do so. 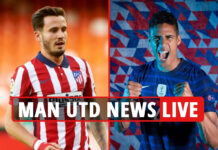 sportslatestnews - July 24, 2021
0
Novak Djokovic launched his pursuit of Olympic gold with a 6-2, 6-2 victory over Bolivia’s Hugo Dellien in the first round of the...