The maiden edition of the ValueJet Para Table Tennis Open will serve off today at the Molade Okoya-Thomas Hall of the Teslim Balogun Stadium in Surulere, Lagos. The championship ends on Saturday.

The championship, which began on Monday with the International Table Tennis Federation (ITTF) classifier from Egypt sorting the athletes into classes, will witness battles for 44 titles in the men and women’s singles and also team events from class one to 10.

President of the Nigeria Table Tennis Federation, Ishaku Tikon, represented by the Head of Para Section of the federation, Elderson Bankole, said the championship would afford the athletes international exposure as they prepare for the para-Olympic Games slated for Tokyo, Japan next year.

“We want to ensure that our athletes shape up for the Tokyo 2020 and particularly the classification of the athletes, which will help to throw up new players. We also appreciate our sponsors for identifying with the federation and supporting the tournament. We hope they will remain with us, while others join them in future,” Bankole said.

Speaking on the championship, the ITTF Classifier, El-Sayed Mehrem, stated the reason for staging the event was laudable, as athletes would be given the prospect of meeting with others from other countries in Africa that have hosted the meet before successful.

“I am impressed with what I have seen so far in Nigeria, particularly the hospitality of the people. I believe Nigeria has the potential to rule the world in para-table tennis considering its rising profile in Africa.

“I must congratulate Nigeria and the organisers for making this a reality because I have been impressed with the organisation so far and I hope this tournament has come to stay. We hope and believe it can make it to the calendar of the ITTF in years to come,” he said. Egyptian expert said.

Meanwhile, the Head of Business and Programme, Valuejet, Temitope Ajibola, who spoke on behalf of the sponsor, said the airline would continue its unflinching support for sports with the para-table tennis championship in the country. 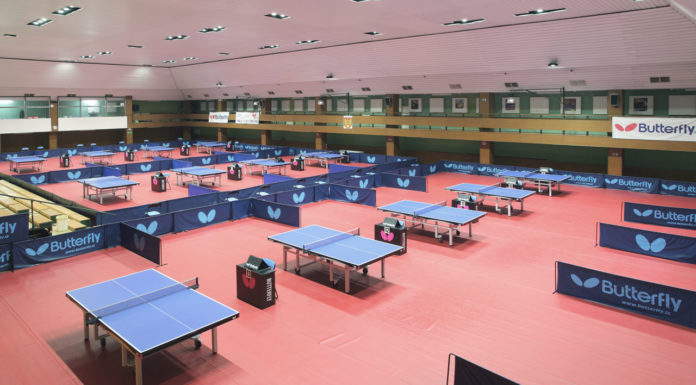