The Merseyside derby will be held behind closed doors at Everton’s Goodison Park when the Premier League season resumes.

There had been fears fans might try to congregate outside, with Liverpool having the chance to clinch the title against their rivals.

But a safety certificate has now been granted, meaning it won’t be played at a neutral venue on June 21st.

In a statement – the Merseyside Police have urged supporters to stay at home on the day of the match due to fears over any further spread of Covid-19.

Everton’s first team meanwhile have voluntarily agreed to defer 50 per cent of their pay for the next three months.

It’s also been confirmed that manager Carlo Ancelotti, his backroom team and the board of directors agreed to deferrals of up to 30 per cent in March.

Stoke say their manager Michael O’Neill will remain in virtual contact with his players ahead of the resumption of the Championship later this month.

The ex Shamrock Rovers boss will self isolate for the next couple of weeks after testing positive for COVID-19 yesterday.

O’Neill travelled with Stoke for a friendly against Manchester United but United insist none of their squad came in contact with the Northern Irishman at their training base.

Chelsea’s N’Golo Kante returned to contact training yesterday ahead of the Premier League restart next week.

The midfielder had previously expressed concerns around the coronavirus and had initially trained at home when phase one was implemented.

Kante had the backing of his manager Frank Lampard and the club’s board to miss the rest of the season if he felt uncomfortable.

France’s highest court has ruled there should be no relegation from the country’s top flight this season after the campaign was ended early due to the coronavirus pandemic.

It means Amiens (Pron: Amm-ee-an) and Toulouse will stay in Ligue 1 (pron: league un) next season, with the division to be expanded to 22 teams.

The court rejected an appeal from Lyon to restart the season.

The latest batch of coronavirus tests at Dundalk, Derry City and Shamrock Rovers all returned negative.

Bohemians players and staff were tested on Monday, and their results will be made known later today.

All four clubs are due to play a mini-tournament next month.

Michael O’Connor has returned to Linfield from Waterford F-C.

The striker had been named the Blues’ captain this year and played four games before the League of Ireland season was halted.

O’Connor says he had a “brilliant” time at the R-S-C and has wished the club well in the future.

Kerry along with Wexford and Galway are aiming to finish their club championships by the end of September.

They’re hoping to free up time for players to return to their inter-county panels ahead of the All-Ireland Championship.

County boards have an 11-week window to run their competitions from late July until mid-October.

A straight knock-out format is likely when games get underway in October.

U-C-C student Kingston is expecting it to be competitive

Meanwhile
The Cork county board are the latest considering streaming club championship games.

They say a subgroup will look at the idea which could allow those who cannot attend to watch the matches.

While the preference remains for a group stage championship, a final decision won’t be made until the CCCC reveal formats for the inter-county championships.

David Garland is enjoying being back with the Monaghan senior footballers after a break to focus on his club football with Donaghmoyne.

The forward has won the Electric Ireland GAA Higher Education Rising Star Football Player of the Year award after his Sigerson Cup win with DCU.

Munster Rugby chief Ian Flanagan says the I-R-F-U’s main aim is to ensure the provinces are still standing after the pandemic.

The PRO14 campaign will get back underway behind closed doors in August and Leinster C-E-O Mick Dawson admitted this week that the return of big crowds to games will take some time.

Flanagan says the provinces have seen their revenues stopped dead by rugby’s shutdown.

Kildare’s Oli Jager says his dream is now to play for the All-Blacks after committing his future to the Crusaders.

The tighthead prop is set to stay with the Super Rugby champions until the end of the 2022 campaign after signing a new contract this morning.

Jager moved to New Zealand after missing out on a place in a provincial academy following his time at Blackrock College.

Roger Federer has vowed to put his latest injury setback behind him, saying he’ll return to the court next year.

38-year-old Federer has confirmed that he’s undergone a ‘procedure’ on his right knee after a setback in his recovery.

He’ll tee off alongside Rory McIlroy and Brooks Koepka ((pron: kep-ka)) in the first tournament for nearly 3 months.

His 3-nil defeat to Stuart Bingham saw him finish second behind the 2015 world champion in Group C of the winners stage. 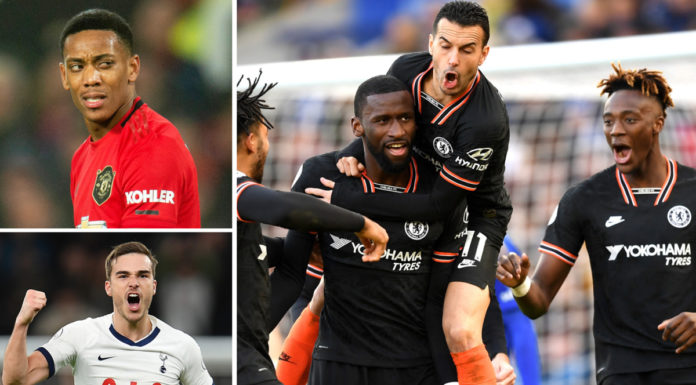